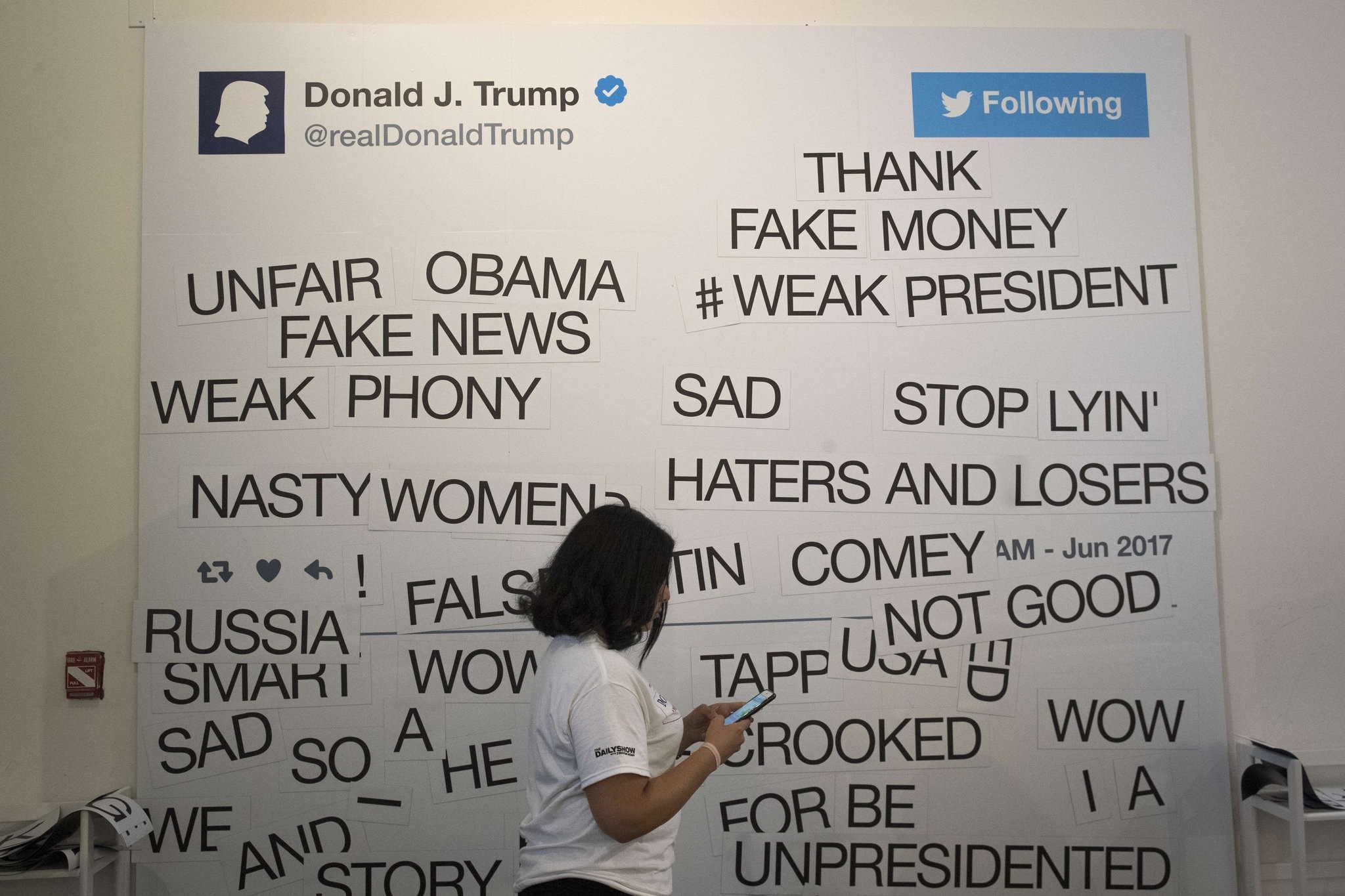 Guests can create their own tweets on a magnetic wall at The Daily Show-produced 'Donald J. Trump Presidential Twitter Library,' June 16, 2017 in New York City.
by Associated Press
Aug 01, 2017 12:00 am

President Donald Trump may be trying for a reset in the West Wing, but he is making clear that he is not changing his twitter habit.

On Twitter Tuesday, Trump said: "Only the Fake News Media and Trump enemies want me to stop using Social Media (110 million people). Only way for me to get the truth out!"

The tweet came one day after retired Gen. John Kelly took over as Trump's new chief of staff. Tapped to bring order to the chaotic West Wing, Kelly quickly made his presence known on Monday — ousting newly appointed communications director Anthony Scaramucci and revising the command structure so that all senior staffers report to him.

Only the Fake News Media and Trump enemies want me to stop using Social Media (110 million people). Only way for me to get the truth out!

Those moves were praised Monday by Trump allies and lawmakers, who expressed hope that Kelly would help stem internal conflicts and advance a policy agenda after six months of tumult. But less clear is how much control Kelly will have over Trump's predilection for sowing conflict and making off-the-cuff comments on social media.

Sen. Lindsey Graham, speaking on NBC's "Today Show," said he was encouraged by Kelly's new role, but stressed that he was looking for "discipline" from Trump in order to move forward with issues like health care and tax reform.

"He has an obligation to be president for all of us and stop the chaos. Most of the chaos is generated by him and no one else," Graham said.