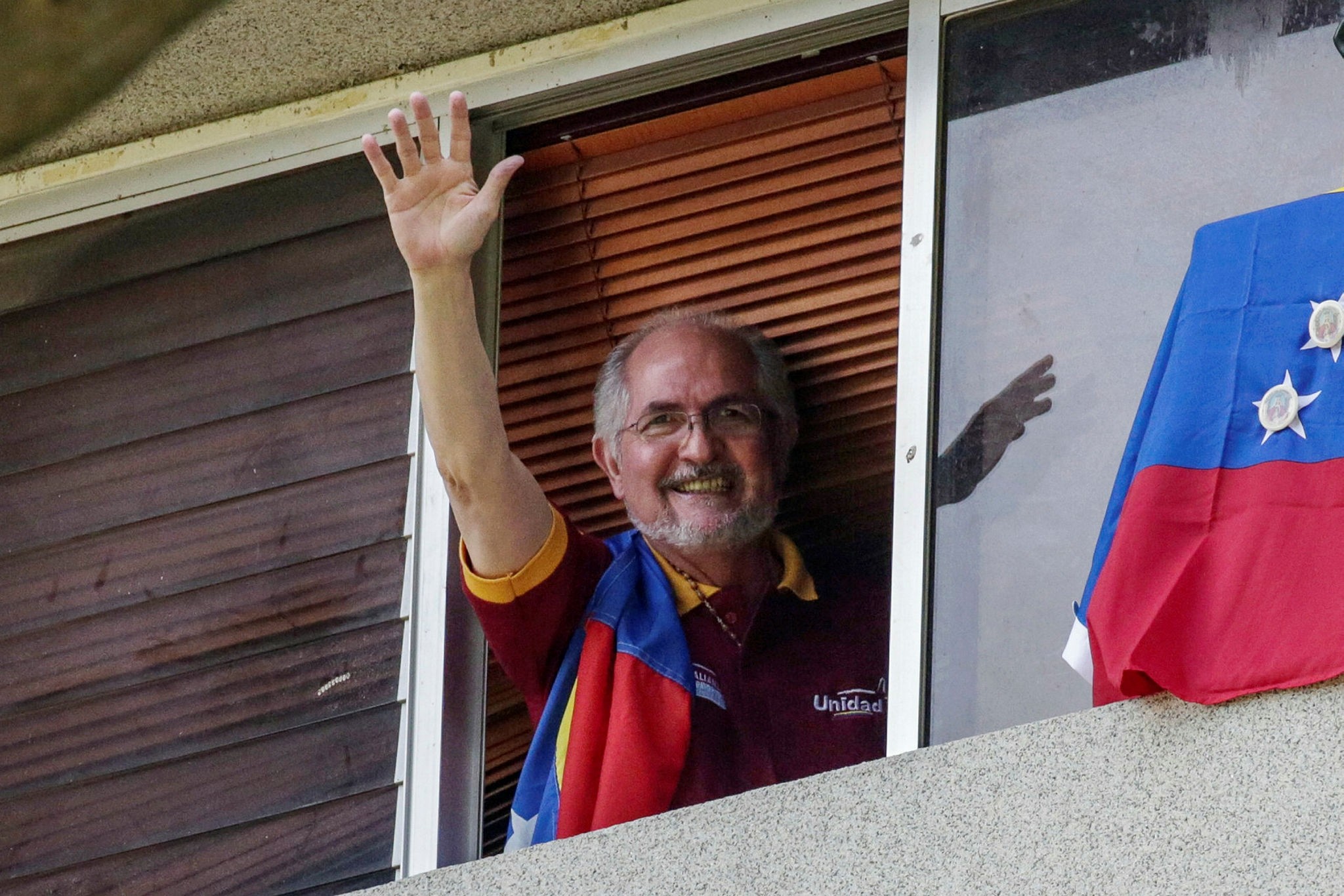 The action, carried out in the dead of night, came one day before a new assembly elected on Sunday takes office, superseding the opposition-controlled legislature.

In a statement, the Supreme Court said Leopoldo Lopez and Antonio Ledezma were sent back to prison because they had violated the terms of their house arrest by making political statements.

It said authorities acted with urgency because they had received intelligence that the pair "had a plan to flee."

The move was swiftly criticized as a "step in the wrong direction" by both the United States and the European Union.

The men are two of Venezuela's most high profile opposition leaders. Both had called for a boycott of Sunday's vote for a so-called and all-powerful "constituent assembly" tasked with rewriting the constitution.

They were picked up by the intelligence service known by its acronym Sebin, the wife of Lopez and children of Ledezma said separately.

Both of their families said they held Maduro, the driving force behind the vote, responsible for the opposition leaders' lives.

Families in the dark

"They just took Leopoldo away. We do not know where he is or where they are taking him," Lopez's wife Lilian Tintori said on Twitter.

She released home security camera footage in which four uniformed police officers and three others in civilian garb are seen putting her husband into a car and taking off, with other cars escorting them.

The children of Ledezma -- named Victor, Vanessa and Antonietta -- also said on Twitter that the intelligence service had taken away their father.

Opposition leaders and local media posted cellphone footage of Ledezma being taken away from his home forcibly while still wearing pajamas.

"We keep calling the government of Venezuela to work towards urgent confidence-building measures aimed at de-escalating the tensions and fostering better conditions for resuming efforts towards a peaceful negotiated solution," said Catherine Ray, a spokeswoman for EU diplomatic chief Federica Mogherini.

In Washington, the senior U.S. diplomat for the Americas, Acting Assistant Secretary Antonio Francisco Palmieri, tweeted that the detentions were "further evidence of the Maduro regime's authoritarianism."

Lopez, 46, was transferred to house arrest in July after serving three years and five months in prison as part of a 14-year term. He had been convicted of instigating violence during protests against Maduro in 2014 that left 43 people dead.

Ledezma, 62, was arrested in February 2015 on charges of conspiracy and racketeering and was placed under house arrest three months later for health reasons.

Opposition lawmaker Freddy Guevara said the arrests were aimed at "frightening us and demoralizing us."

Four months of street demonstrations since April against Maduro have left 120 people dead, including 10 over the weekend that included the election.

The opposition says Sunday's vote was a fraudulent ploy by Maduro to cling to power because, it argues, he is so unpopular he could not win an election. The next one is scheduled for 2018.

The new constituent assembly is to start working on Wednesday. It is made up only of members of Maduro's Socialist party, including his own wife. The opposition has called a big rally for that day.

The United States hit Maduro with direct sanctions on Monday over the weekend vote, calling him a "dictator." The Venezuelan leader retorted that he would not heed what he slammed as "imperial orders."

The measures were unusual in that they targeted a sitting head of state, but their reach was mostly symbolic, freezing any U.S. assets Maduro might have and banning people under U.S. jurisdiction from dealing with him.

Colombia, Mexico, Peru and other nations joined the U.S. in saying they did not recognize the results of Sunday's election.

Maduro's own attorney general, Luisa Ortega -- who broke with him months ago over his policies -- also said she would not acknowledge the body, calling it part of the president's "dictatorial ambition."

However, old allies Bolivia, Cuba, Nicaragua and Russia stood by Maduro, who shrugged off mass protests and a previous round of U.S. sanctions on some of his officials to see through the election.

According to the opposition, voter turnout was closer to 12 percent, a figure more aligned with the lack of lines at many polling stations.

Venezuela's 30 million citizens are suffering through an acute economic crisis marked by shortages of basic goods.

Sanctions against the all-important oil sector would worsen their situation, but could also destabilize the government, which is frenziedly printing money and running out of foreign currency reserves.