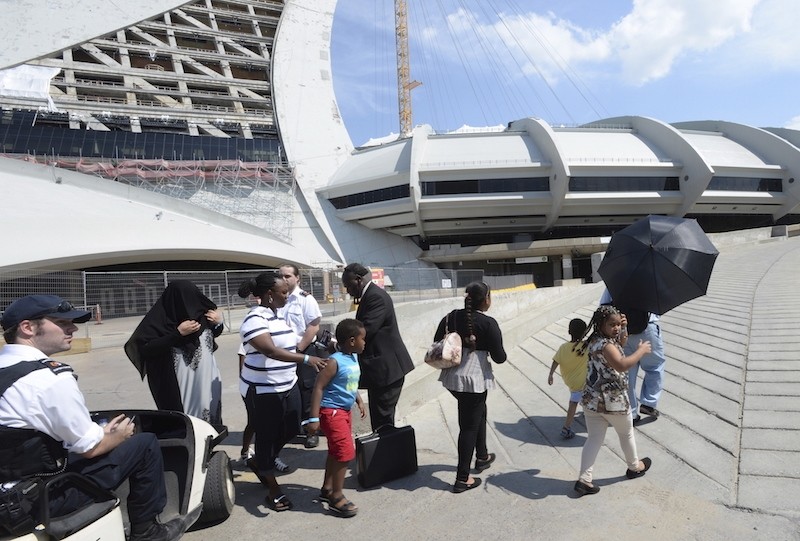 Canadian health authorities and aid workers are using an Olympic stadium as emergency accommodation to shelter asylum seekers as a growing number of people, many of them Haitians, walk into the country from the United States.

"This is a major crisis... the system is not designed to handle such huge immigration demands," Customs and Immigration Union national president Jean-Pierre Fortin told AFP.

He said 500 asylum seekers crossed the border Tuesday near the border post of Lacolle in southern Quebec, estimating that about 90 percent of them were Haitian.

Increasing numbers of migrants seeking asylum have been arriving in Canada in recent months, and authorities had been housing them in places such as university dorms and hotels. But the spike in arrivals means the existing facilities are no longer adequate.

According to Montreal Mayor Denis Coderre, 2,500 migrants crossed the land border from the U.S. into southern Canada in July.

Dozens of cots were placed in the corridors of Montreal's Olympic Stadium, the main venue for the 1976 Games.

About 40 people were on the first busload of migrants to arrive at the stadium Wednesday, including several children.

"During their temporary stay at the stadium, they are being fed, housed and given clean clothes," said Francine Dupuis of Praida, a provincial program that helps asylum seekers.

The new arrivals are "cared for in terms of physical and mental health," she said, and authorities will help them integrate, including for school-aged children in a few weeks as classes resume. 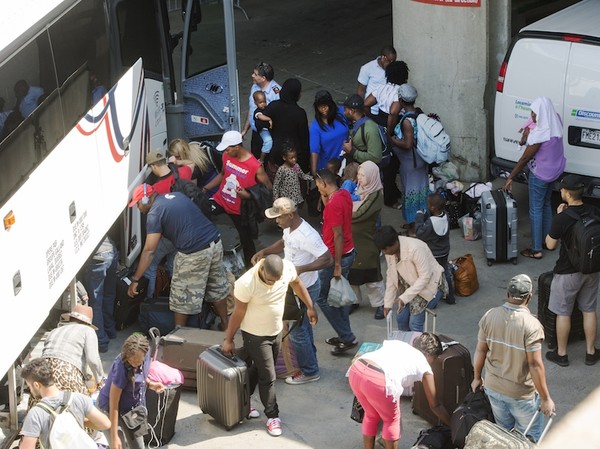 "The city of Montreal welcomes Haitian refugees, you can count on our full cooperation," Coderre said.

He said the influx of refugees was "another consequence of (US President) Donald Trump's immigration policy," calling Montreal a "sanctuary city."

The city was seeking medium-term solutions for housing, "well-organized and adequately equipped facilities that could accommodate asylum seekers in the coming months," Coderre's cabinet said.

While asylum seekers have been crossing the border into Canada since Trump was elected, there was a sharp spike over the past week.

The influx of Haitians is linked to the likely expiration in January of temporary US visas held by nearly 60,000 Haitians.

The U.S. granted Temporary Protection Status (TPS) to many Haitian nationals after the January 12, 2010 earthquake, which killed more than 200,000 people.

TPS made it possible for Haitians in the United States to stay after their visas expired, and to work legally.

While diaspora organizations and international NGOs sought an 18-month renewal earlier this year, the US Department of Homeland Security gave only a six-month extension, urging Haitian immigrants to "put their affairs in order."

Quebec province, and particularly Montreal, is home to one of the largest Haitian communities in the world.

Many Haitians in the United States, fearing deportation, quickly chose Montreal as their destination, said Guillaume Andre, director of a multiethnic community center in the city.