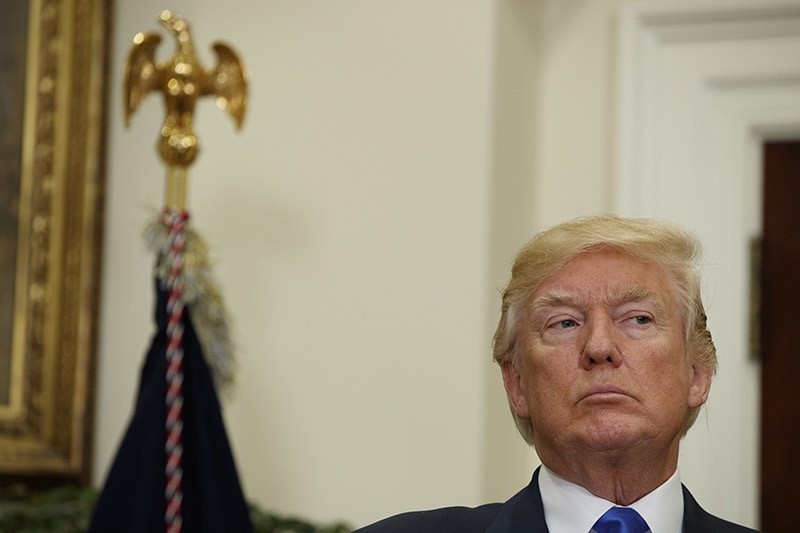 US President Donald Trump said relations with Russia had hit an all-time and "very dangerous" low Thursday, putting the blame on Congress after he reluctantly approved sanctions against Moscow.

"Our relationship with Russia is at an all-time & very dangerous low," Trump wrote on Twitter.

"You can thank Congress, the same people that can't even give us HCare!", he added in reference to a recent defeat in the Senate on his health care reform plans.

Trump's outburst came the day after he grudgingly signed off on a sanctions bill that had been passed by Congress, calling the legislation "significantly flawed" and arguing that some of its provisions were unconstitutional.

The legislation -- which also includes measures against North Korea and Iran -- targets the Russian energy sector, giving Washington the ability to sanction companies involved in developing Russian pipelines, and placing curbs on some Russian weapons exporters.

It also constrains Trump's ability to waive the penalties, a statement of mistrust from the Republican-controlled Congress.

Moscow has reacted furiously to the sanctions, with Russian Prime Minister Dmitry Medvedev saying they amounted to a "full-fledged economic war" and that they had demonstrated Trump's "total weakness."

Trump's presidency has been overshadowed by allegations that his campaign team colluded with Moscow during last year's US presidential campaign in which he defeated Hillary Clinton.