Trump to Mexican president: Stop saying you won't pay for the wall: report 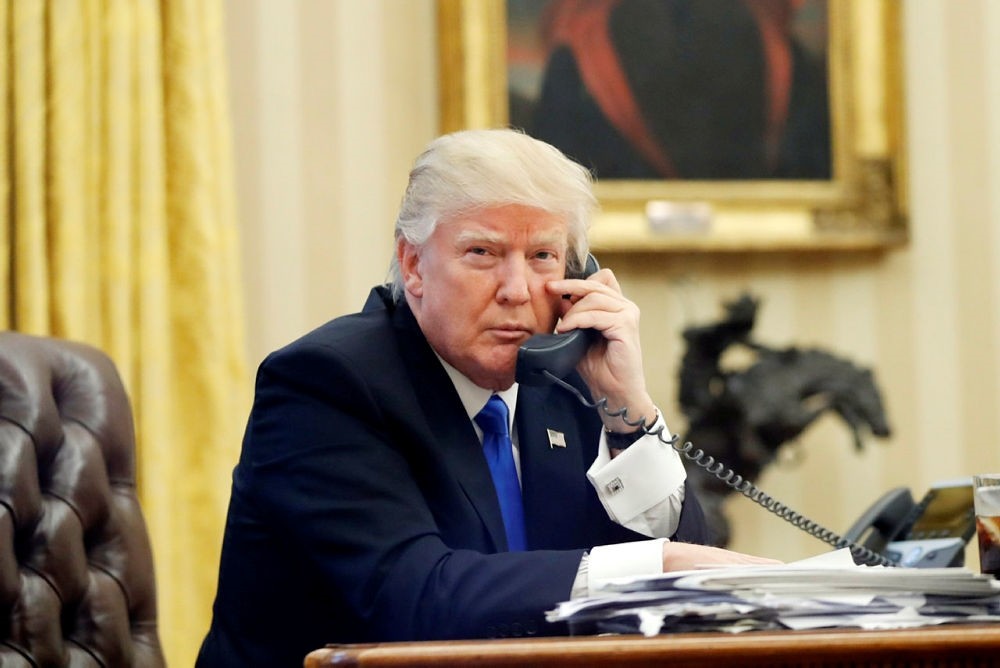 Donald Trump speaks on the phone with Prime Minister of Australia Malcolm Turnbull in the Oval Office of the White House in Washington. (AP Photo)
by Aug 03, 2017 12:00 am

Trump told the Mexican leader that they were both in a bit of a political bind due to Trump's campaign pledge to build a massive wall to prevent illegal immigration and have Mexico foot the bill, according to a transcript of a phone call shortly after Trump took office in January.

While Trump has repeatedly insisted that Mexico would pay for the wall, he has provided few details about how that would be done.

The White House has said U.S. government will pay for the wall initially, to get the project off the ground, but that Mexico will eventually reimburse those funds.

The Post also reported details of another heated January phone call that Trump had with Australian Prime Minister Malcolm Turnbull, during which the U.S. president characterized their conversation as "ridiculous.