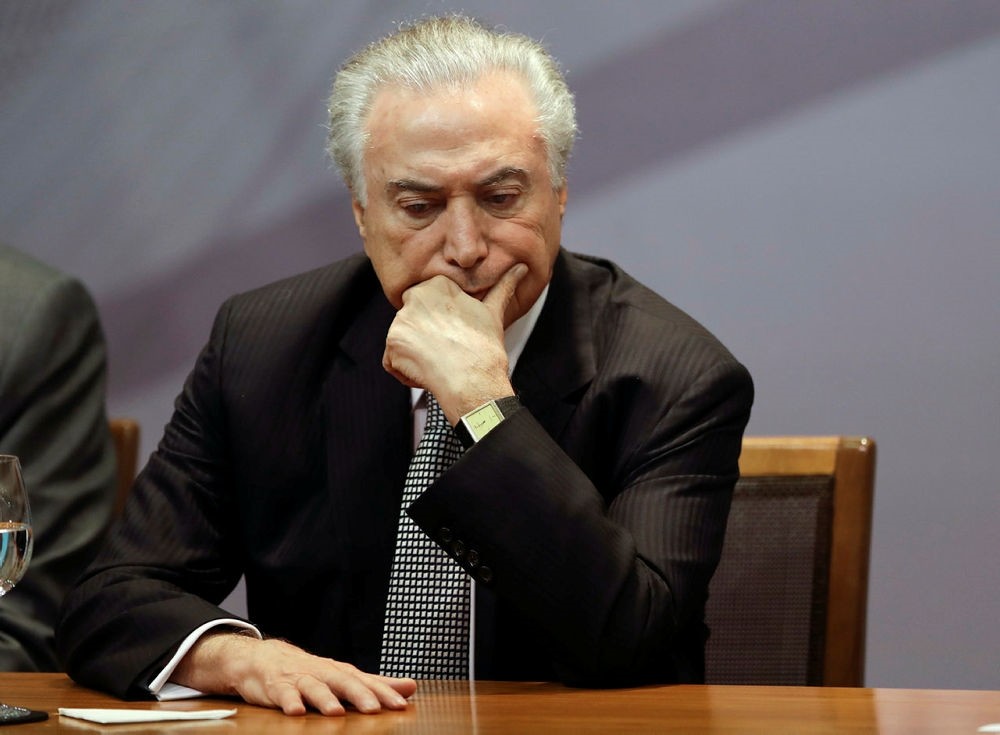 Brazil's attorney general strongly criticized Congress' lower house Monday for voting against putting President Michel Temer on trial for bribery, adding that plea bargains being negotiated could lead to charges of racketeering and obstruction of justice.

The comments by Attorney General Ricardo Janot, published by the newspaper Folha de S. Paulo, came just days after the Chamber of Deputies voted against sending Temer to trial for allegedly orchestrating a scheme to line his pockets with millions of dollars in illicit payments.

"A political solution can't be treating a thug as a politician," he said. "A thug who hides behind politics is not a politician, but a thug."

Temer, then vice president, took over the presidency last year when President Dilma Rousseff was impeached for illegally managing the federal budget. His administration has been rocked by repeated scandals.

The latest began a few months ago, when a recording emerged that apparently captured him endorsing the continued payments of hush money to former lower house Speaker Eduardo Cunha, currently serving a 15-year sentence for corruption. It also came to light that Temer was being investigated for planning to receive millions in bribes for helping meat-packing giant JBS in a business dispute.

Janot came forward with the bribery charge in June.

Temer denies wrongdoing, and argues there is no proof he ever received money.

Janot's term as Brazil's top lawman ends Sept. 17, meaning his time is running short to bring more charges against Temer, which he has been expected to do.

A second charge would provoke another vote in the Chamber of Deputies, forcing lawmakers again to decide whether to continue supporting a deeply unpopular president a year before elections. All 513 seats of the house are up for election next year.

Janot's successor, Raquel Dodge, was hand-picked by Temer despite not being the most voted by the National Association of Federal Attorneys. Several former attorneys general have had that distinction when selected by the president.

In an interview with daily Estado de Sao Paulo last week, Temer said changes in the attorney general's office "will put investigations back on its right course."

Temer, whose approval rating was 5 percent in the latest national poll, is trying to overhaul pension and tax laws in an attempt to get the economy back on track. Further charges could put extra pressure on his already weakening coalition, derailing the reform agenda.

Temer sought to get his agenda back on track Monday, in part by shoring up support with parties in his coalition. He met with Mayor Joao Doria in Sao Paulo, Brazil's largest city and the country's economic engine.

Doria is a rising star in the Brazilian Social Democratic Party, a key group in Congress that Temer needs to pass his overhaul legislation. While he has frequently criticized Temer, he was more conciliatory Monday.

"We can no longer have Brazil mutilated by conflicts and situations that prevent Congress from voting on the reforms," Doria said.