Over $20,000 raised for US mosque targeted in bomb attack 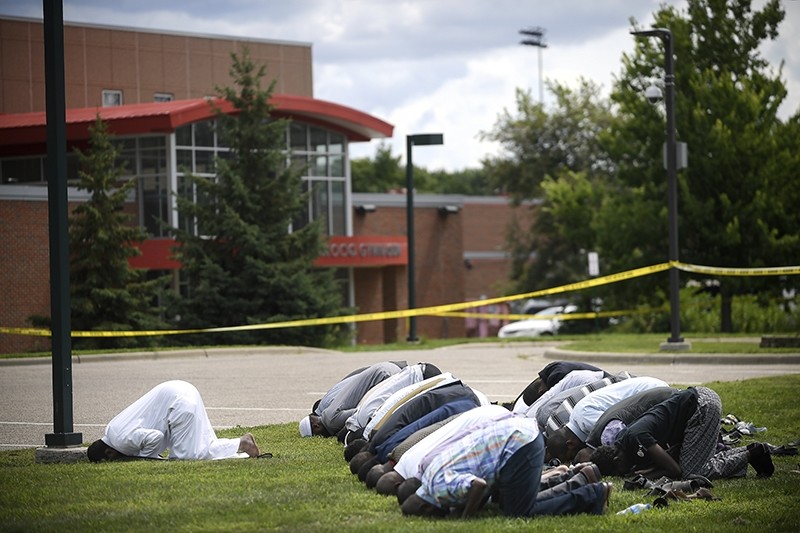 Hundreds of supporters have pledged more than $20,000 as of Wednesday afternoon for a mosque in Minnesota after it was targeted in a bomb attack this past weekend.

An improvised explosive device was thrown into the imam's office at the Dar al-Farooq Islamic Center in Bloomington, severely damaging it, but not resulting in any casualties early Saturday.

The FBI is investigating the attack, which Minnesota Governor Mark Dayton called an act of terrorism.

"The destruction done to this sacred site is just unthinkable, unforgivable. I hope and pray the perpetrator will be caught and prosecuted to the full extent of the law," he said Sunday.

Dayton's decision to call the attack "an attack of terrorism" has drawn accolades from the Muslim-American community.

But President Donald Trump and his White House have so far remained silent on the attack.

When asked about the lack of a response, Trump's deputy assistant Sebastian Gorka said the White House is waiting for an investigation to conclude, suggesting that a series of hate crimes intended to cast blame on the far-right have been carried out by leftists in the past six months.

It's not clear which false flag attacks Gorka was referring to.

"There's a great rule: all initial reports are false. You have to check them. You have to find out who the perpetrators are," Gorka told an American media outlet.

Trump has been quick to condemn past terror attacks when the perpetrators have been Muslim, oftentimes outpacing local authorities in determining the nature of the attack.

Trump's silence "is an outrage," according to the first Muslim elected to Congress.

"Even worse, Sebastian Gorka, one of Trump's top aides, is trying with no evidence whatsoever to distract the public's attention from the real story: that a group of Americans who were peacefully worshipping were the target of a terrorist act," Keith Ellison said in a statement to Anadolu Agency.

"By minimizing the attack and insinuating that the 'left' is behind this act, the Trump administration is once again showing its disdain for the Muslim American community," he added.

The Southern Poverty Law Center, a non-profit organization that tracks hate crimes in the U.S., told Anadolu Agency the Trump administration's silence fits into its pattern in response to anti-Muslim attacks.

"It's a complete failure of leadership," said Heidi Beirich, the center's director for its Intelligence Project, which tracks hate crimes. "On top of it, to have Gorka, a man who is connected to a neo-Nazi group in Hungary, being the one saying there's all these left-wing hate crimes is absurd and it's insulting."

"Gorka shouldn't even be in any political post," she said.