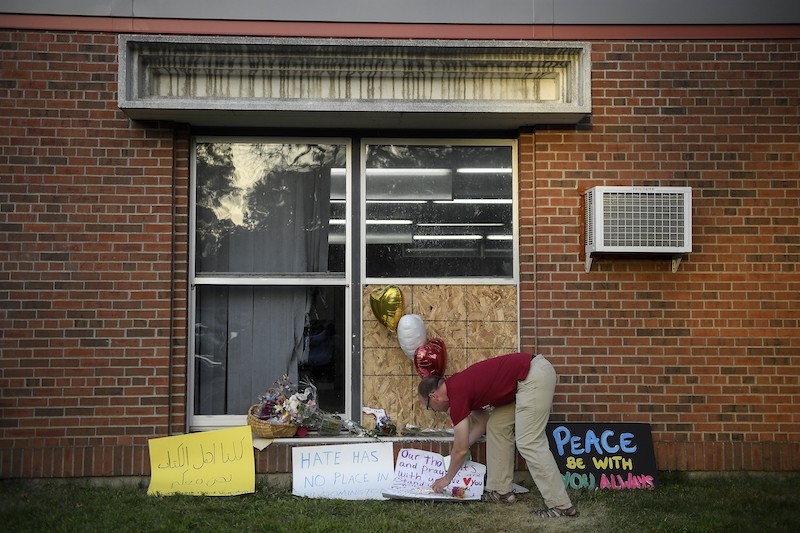 The White House has made no official statement condemning the bombing of a Minnesota mosque because the incident may have been a hate crime faked by "the left," national security adviser to President Donald Trump, Sebastian Gorka, said in an interview.

Speaking with MSNBC Monday, Gorka expressed doubt about the nature of the mosque attack, which has been called "an act of terrorism," by Minnesota Governor Mark Dayton.

"There's a great rule: All initial reports are false," Gorka said, "You have to check them and find out who the perpetrators are."

Gorka defended Trump's silence on the issue by claiming that the attack may have been a left-wing plot disguised as a hate crime.

"We've had a series of crimes committed, alleged hate crimes by right wing individuals in the last six months that turned out to be propagated by the left," Gorka said.

"Let's allow the local authorities to provide their assessment and then the White House will make its comments," he added.

In the past, the White House has not hesitated to comment on terror attacks around the world, even before substantial information on the perpetrator or motives had emerged.

Shortly following the June 3 London Bridge attack, President Trump posted an unconfirmed Drudge Report message on his Twitter account, which claimed that 20 people had been struck down by a van.

He then posted a sequence of tweets criticizing the response of London's mayor, Sadiq Khan.

The MSNBC host responded to Gorka's comments by saying that even if the perpetrator or intent was unclear, authorities still had the right and responsibility to condemn such attacks.

"That's fine and I'm sure the president will do that," Gorka said, though three days have passed since the attack without an official comment from the White House.

President Trump has, however, found the time to tweet about other topics including "fake news" and his approval ratings during his "working vacation" in New Jersey, the host noted.

"Hold your horses and count to ten and the president will do what he deems fit," Gorka retorted.

The Dar Al-Farooq Islamic Center in suburban Minneapolis was targeted at 5:00 am Saturday, when an unknown individual threw a makeshift bomb through the window of the mosque, shattering its windows and damaging a room as worshippers prepared for morning prayers.