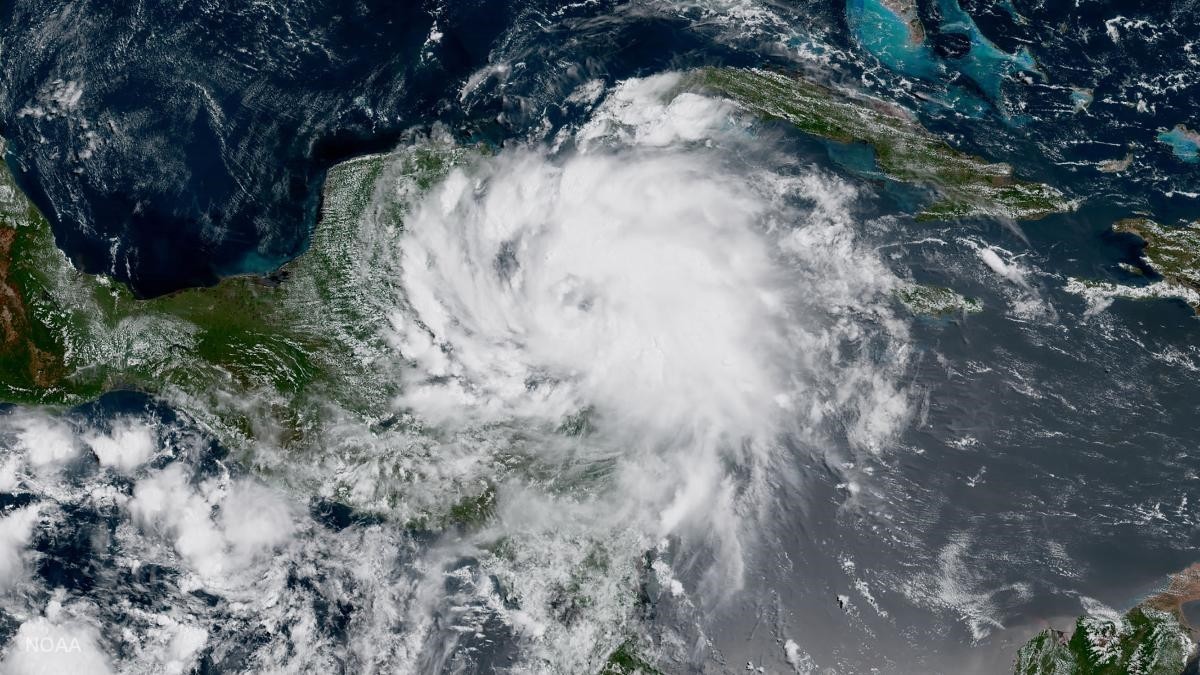 Several hurricane warnings are currently in place for Mexico. (AFP Photo)
by Compiled from Wire Services Aug 10, 2017 12:00 am

Franklin has become the first Atlantic hurricane of the season as it moves toward Mexico's Gulf coast.

The National Hurricane Center in Miami upgraded the storm to a hurricane late Wednesday afternoon. Franklin has maximum sustained winds of 75 mph (121 kph). The storm is about 105 miles (169 kilometers) northeast of Veracruz, Mexico, and moving west at 12 mph (19 kph).

A hurricane warning is in effect for the coast of Mexico from Puerto de Veracruz to Cabo Rojo, and a hurricane watch extends north of Cabo Rojo to Rio Panuco.

Forecasters expect the hurricane to continue strengthening until it makes landfall in the state of Veracruz late Wednesday or early Thursday.

The hurricane center said storm surge will raise water levels by as much as 4 to 6 feet (1.2 to 1.8 meters) above normal tide levels along the coast.

Mexico Civil Defense director Ricardo de la Cruz said Tuesday that the storm's impact on Yucatan was not as bad as initially feared, with some trees down and power out in some areas.

But, he warned, "The second impact could even be stronger than the first."

The area Franklin was expected to pass across north of Veracruz city late Wednesday or early Thursday has been battered by deadly mudslides and flooding in the past.

Forecasters said Franklin could drop four to eight inches (10 to 20 centimeters) of rain, with localized amounts of up to 15 inches (38 centimeters).

Mexican soldiers and sailors have been deployed to carry out preventive evacuations along the coast and the mountains of the state of Puebla, where authorities fear that heavy rain could cause deadly landslides.

Mexico's long eastern coastline is often struck by storms during the Atlantic hurricane season, which runs from June 1 through November 30.

In September 2013 Mexico was struck almost simultaneously by hurricanes Ingrid in the east and Manuel in the west, leaving some 157 dead in the southern state of Guerrero.