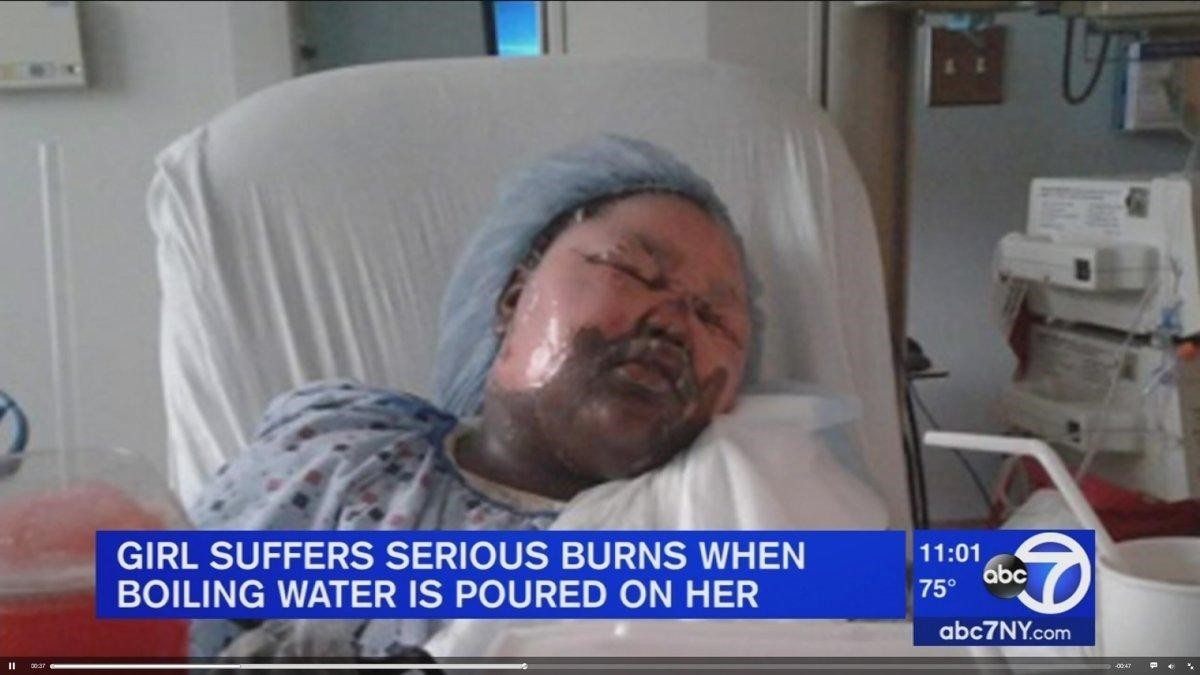 New York City police say a 12-year-old girl poured boiling water on another girl during a sleepover, leaving her with severe burns.

Police say the girl has been charged with assault in the Monday attack that left an 11-year-old with second-degree burns to her face, shoulders, neck and chest.

According to police, Jamoneisha Merritt was at a friend's home in the Bronx when the 12-year-old girl at the sleepover boiled water and then poured it on Merritt while she slept on a couch.

Merritt was taken to Harlem Hospital in serious but stable condition.