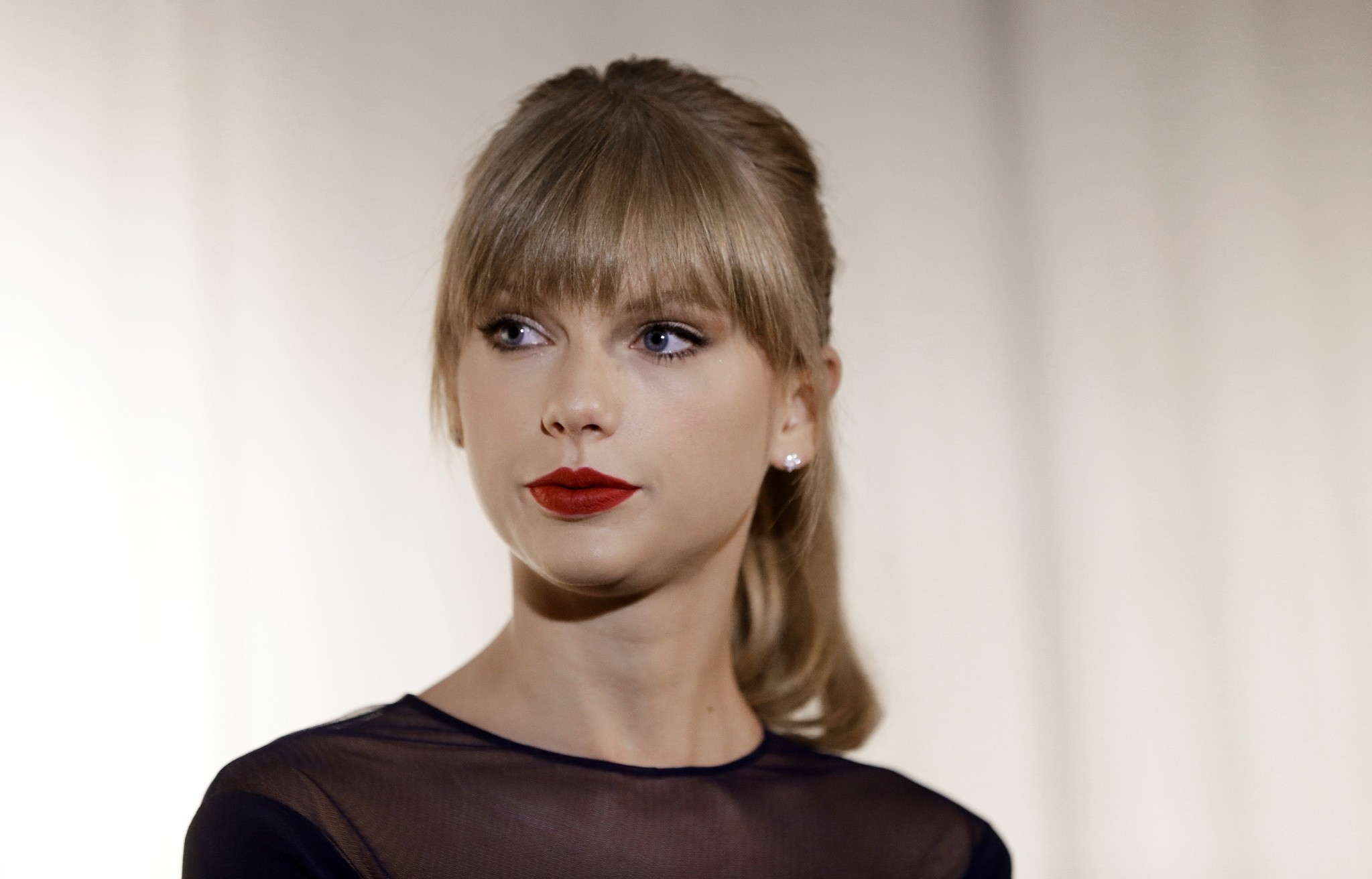 Taylor Swift's former bodyguard testified Friday that he saw a DJ reach under her skirt a moment before a photographer snapped their picture during a meet-and-greet where the singer says the radio host groped her.

Security guard Greg Dent, who no longer works for Swift, said he was standing a few steps away but did not intervene because he generally took his cues from the pop star, and she gave him no signals during the 2013 pre-concert encounter at a Denver arena.

Seated at her legal team's table in a federal courtroom, Swift chuckled when Dent testified that, after the photo was taken, he suspected that KYGO-FM host David Mueller would be at the bar of the arena — and another guard found him there.

Dent's account came on the fourth day of testimony in a civil trial over dueling lawsuits between Swift and Mueller, who denies groping her and is seeking up to $3 million from the singer-songwriter, her mother and their radio liaison to compensate him for his ruined career.

Swift is countersuing for just $1 and what she calls a chance to stand up for other women.

A day earlier, Swift spent an hour on the witness stand herself defiantly recounting what she called a "despicable and horrifying and shocking" encounter.

"He stayed attached to my bare ass-cheek as I lurched away from him," Swift testified.

"It was a definite grab. A very long grab," she added in her testimony. 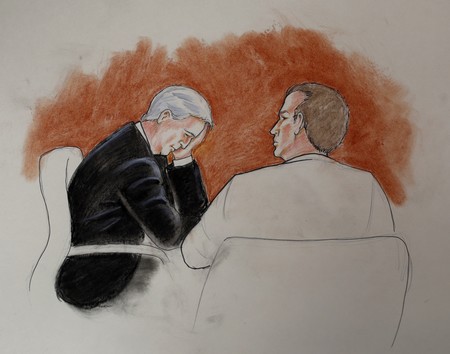 Swift's testy exchange with Mueller's attorney occasionally elicited chuckles — even from the six-woman, two-man jury. She got a laugh when she said Dent saw Mueller "lift my skirt" but someone would have had to have been underneath her to see the actual groping — "and we didn't have anyone positioned there."

Swift testified that after the photo was taken at the meet-and-greet session, she tried to get as far away Mueller as she could. She said she told him and his girlfriend, who was also in the photo, "thank you for coming" in a monotone voice before they left.

She also said she was stunned and did not say anything to Mueller or halt the event after he left because she did not want to disappoint several dozen people waiting in line for photos with her.

In the image, shown to jurors during opening statements but not publicly released, Mueller's hand is behind Swift, just below her waist. Both are smiling.

Swift's photographer, Stephanie Simbeck, testified Thursday that she knew something was wrong as she shot the photo. She testified that Swift later told her what happened, looked at a photo and pointed out Mueller as the person responsible.

The trial is scheduled to last through next Thursday but appeared Friday to be moving quickly toward closing arguments.

Melcher testified that she met Taylor Swift along with Mueller at the photo session. She said she saw nothing happen during the brief encounter and that she and Mueller were rudely confronted and escorted out of the arena that evening.

Melchor testified Mueller was devastated by the accusation.

She said she and Mueller started out as co-workers at radio station KYGO-FM and became romantically involved in February 2013. They drifted apart late in 2013, but Melchor says they remained friends.