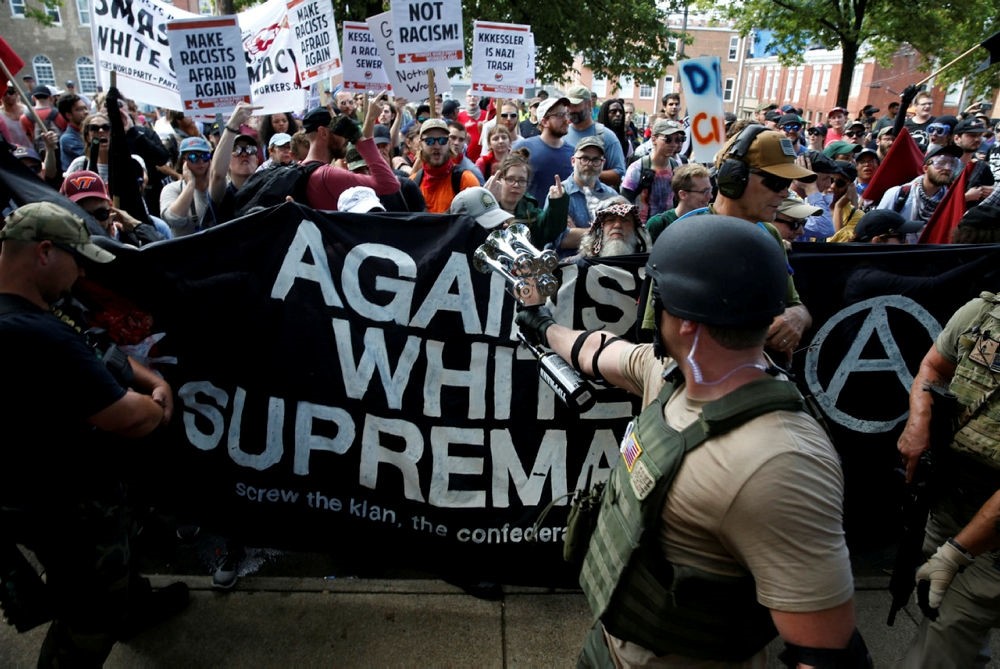 Virginia's governor has declared a state of emergency in response to a white nationalist rally that is expected to draw up to 6,000 people.

Gov. Terry McAuliffe said via his Twitter account on Saturday morning that the declaration was made in order "to aid state response to violence" at the rally in Charlottesville, about 100 miles outside of Washington, D.C.

It's the latest confrontation in the city since it voted earlier this year to remove a statue of Confederate Gen. Robert E. Lee from a downtown park.

The city's manager also declared a local emergency and police ordered people to disperse from the area around the statue after several violent clashes broke out.

Right-wing blogger Jason Kessler planned what he called a "pro-white" rally to protest Charlottesville's decision to remove the statue.

There were also fights Friday night when hundreds of white nationalists marched through the University of Virginia campus carrying torches.

A university spokesman said one person was arrested and several people were injured.