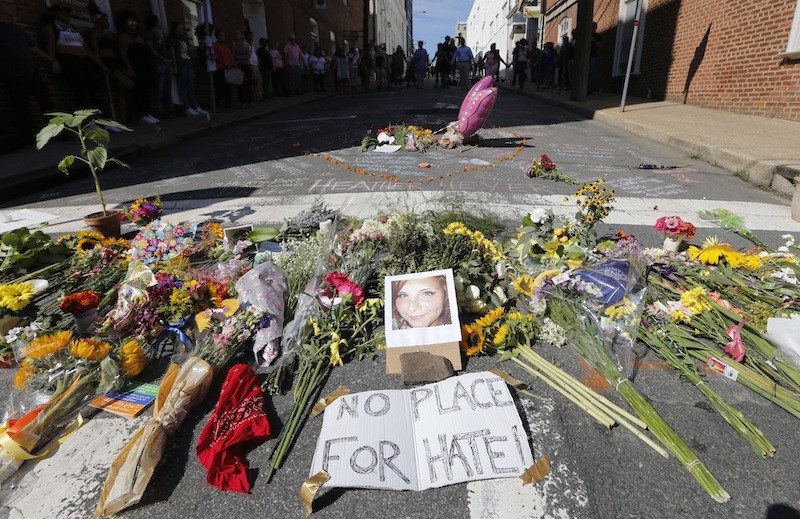 A scheduled vigil in Charlottesville, Virginia for 32-year-old Heather Heyer, who was killed after a suspected white supremacist rammed his car into a counter-protestors at a white nationalist rally, was canceled due to a credible threat, organizers said in a press release.

"[Sunday] evening's candlelight vigil in remembrance of Heather Heyer… has been canceled," the statement stated.

"A credible threat from White Supremacists created a situation wherein we could no longer guarantee the safety of those who attended."

Despite the official cancellation, hundreds of people came to the scene of the crash to honor Heyer Sunday night. Singing hymns and praying together, the group called for unity against racism and hate.

Meanwhile, the man accused of plowing his car into the counter-protesters is set to make his first court appearance Monday.

Fields is charged with second-degree murder and other counts after authorities say he drove into the crowd, fatally injuring Heyer and hurting 19 others.

Fields has been in custody since Saturday. Jail officials told The Associated Press they don't know if he's obtained an attorney.

A high school teacher said Fields was fascinated with Nazism, idolized Adolf Hitler and had been singled out by school officials in the 9th grade for his "deeply held, radical" convictions on race.