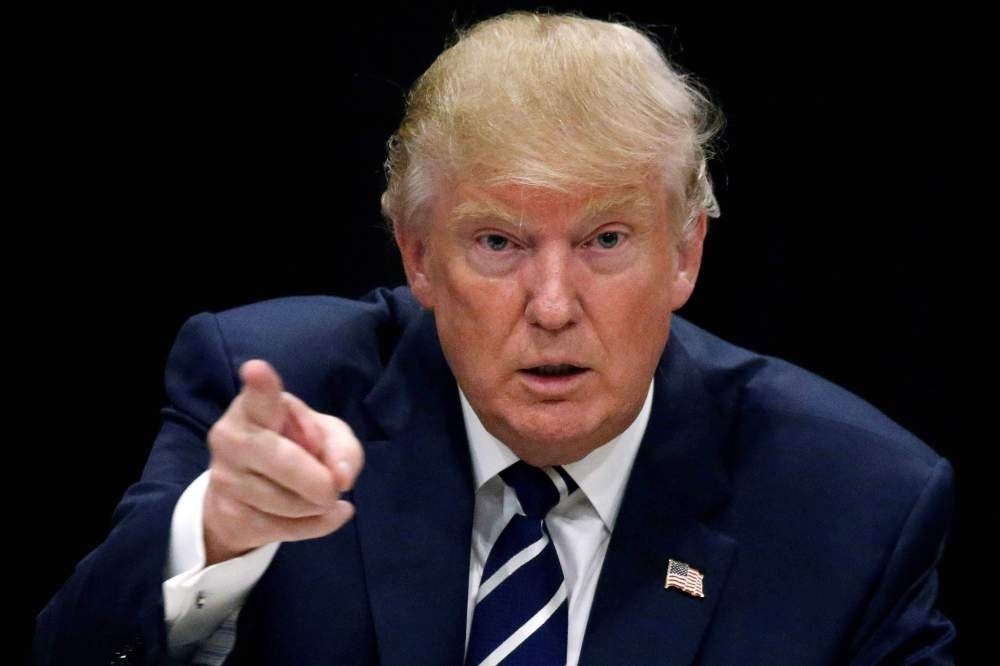 U.S. President Trump's Charlottesville response drew condemnation from some Republican leaders and praise from white supremacists.
by Compiled from Wire Services Aug 18, 2017 12:00 am

U.S. President Trump fired back at media and a growing number of fellow Republicans who denounced his response to the Charlottesville violence, further fueling the latest in a line of controversies to engulf his seven-month-old presidency

The U.S. President Donald Trump claimed yesterday his comments about the deadly violence in Charlottesville were misrepresented by media.

In a series of posts on Twitter, Trump lashed out at Republican U.S. Senators Lindsey Graham and Jeff Flake as well as the media, and said he not had drawn any moral comparisons between white supremacists and those who opposed them.

"The public is learning [even more so] how dishonest the Fake News is. They totally misrepresent what I say about hate, bigotry etc. Shame!," the U.S. president wrote on Twitter.

The weekend violence at the Virginia college town has inflamed racial tensions nationwide and renewed concerns over hate groups after Trump blamed both anti-racism activists and white nationalists.

On Tuesday, the president offered a more vehement reprisal of his initial response to Saturday's bloodshed, telling a news conference "there is blame on both sides" for the violence, and that there were "very fine people" on both sides. The comments drew rebukes from top Republicans and corporate leaders for his failure to unequivocally denounce white supremacists. Trump's weak condemnation of the racist far-right set off a political firestorm across the U.S. political spectrum.

With corporate chieftains fleeing, President Donald Trump abruptly abolished two of his White House business councils, an attempt to manage the continued fallout from his combative comments on racially charged violence in Charlottesville, Virginia. "Rather than putting pressure on the businesspeople of the Manufacturing Council & Strategy & Policy Forum, I am ending both. Thank you all!" Trump tweeted from New York.

Trump's comments came after one of the panels had already agreed to disband earlier in the day. A growing number of business leaders on the councils had openly criticized his remarks laying blame for the violence at a white supremacist rally on "both sides."

The White House is trying to deal with the repercussions from Trump's defiant remarks on the Virginia tragedy. Several White House aides told colleagues they were dismayed with Trump's return to the Charlottesville episode Tuesday. But no one moved to leave the administration.

Trump's embattled chief strategist, Steve Bannon, who has been accused of links to white nationalists, earlier described those who rallied in Virginia as "clowns" in a rare interview.

"Ethno-nationalism - it's losers. It's a fringe element. I think the media plays it up too much, and we gotta help crush it," he told The American Prospect magazine.

Bannon's political future has been the subject of much speculation in Washington in recent weeks, with reports saying he had fallen out of favor with some in the White House and that his job as Trump's chief strategist was in jeopardy.