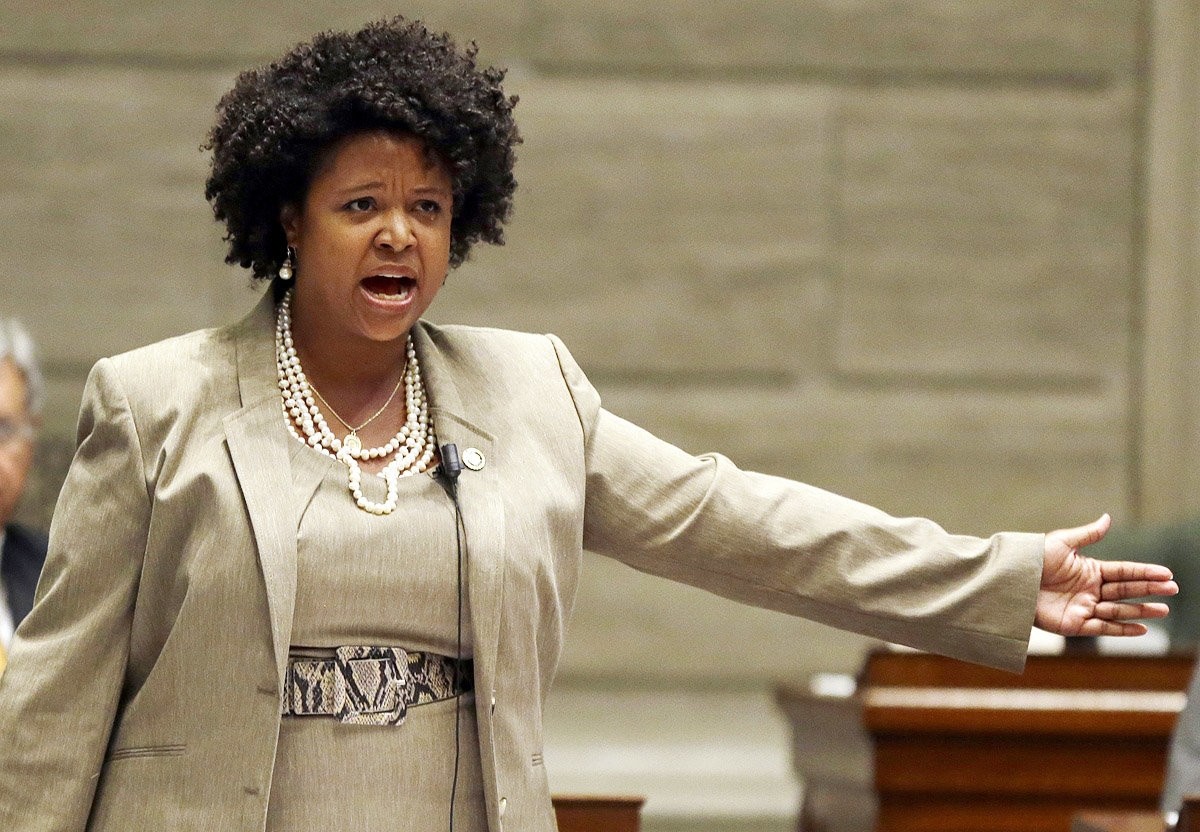 A Missouri lawmaker who temporarily posted a Facebook comment hoping for President Donald Trump's assassination could face an effort to remove her from office.

Numerous top Democratic and Republican officials in Missouri have called upon Chappelle-Nadal to resign because of the Facebook comment she wrote and later deleted Thursday. But the lawmaker from the St. Louis area has said she won't step down.

"There is too much rancor and hate in today's political discourse, and Senator Chappelle-Nadal should be ashamed of herself for adding her voice to this toxic environment," Missouri Senate minority leader Gina Walsh, a Democrat, said in a statement.

Chappelle-Nadal's comment was captured in a screengrab and posted on Twitter by a St. Louis radio host amid a firestorm of reaction to Trump's comments about a rally staged by white nationalists and neo-Nazis in Charlottesville, Virginia.

Hours after the rally on Saturday, called to protest the removal of a statue of pro-slavery Confederate General Robert E. Lee, a driver with white nationalist sympathies plowed his car into a crowd of counter-protesters, killing a 32-year-old woman and injuring 19 other people.

Trump insisted on Tuesday that both sides were to blame for the violence and on Thursday followed up with a series of tweets condemning the removal of "beautiful statues." The monuments to the Confederacy are viewed by some as historical, but to African-Americans and others they are ugly symbols of slavery.

As part of her reaction to Trump's statements, Chappelle-Nadal, who represents part of St. Louis, wrote on Facebook early on Thursday, "I hope Trump is assassinated!," according to a screengrab by a talk show host at St Louis radio station KMOX and reports in Missouri media.

A spokeswoman for the White House declined to comment.

Chappelle-Nadal did not return calls or an email from Reuters requesting comment.

"When the president apologizes, I'll apologize," she told KMOX. "But I'm not apologizing for being frustrated and angry at a bigot that we have in our White House." She added that she would not resign.

Kristina Schmidt of the U.S. Secret Service office in St. Louis confirmed that her agency is investigating the lawmakers' online comment but declined to say if agents have interviewed her.

The Missouri Constitution says a lawmaker can be expelled upon a two-thirds vote of the elected members of a chamber.

The Legislature is not currently in session, but it is scheduled to convene in mid-September to consider veto overrides.