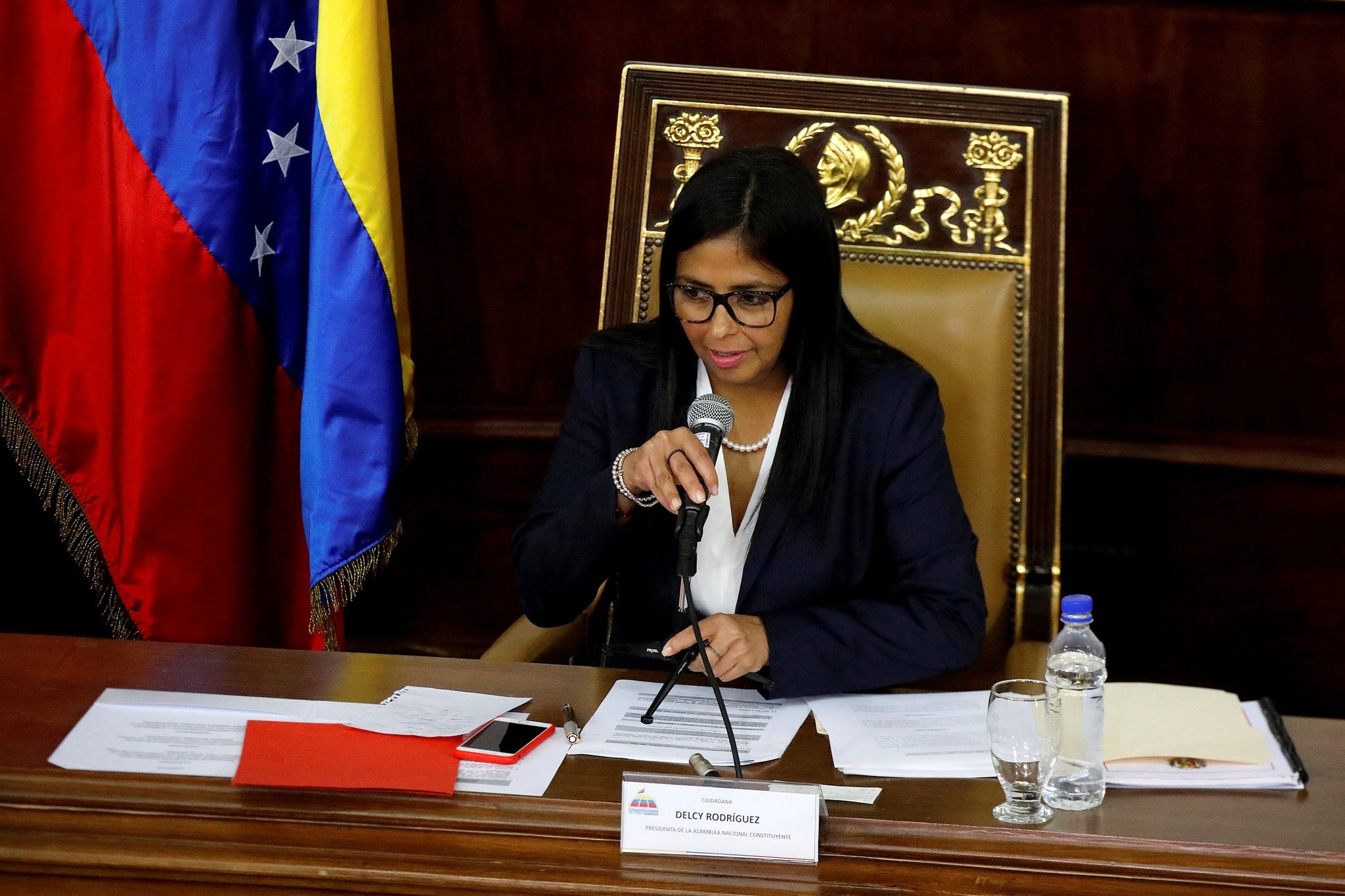 National Constituent Assembly President Delcy Rodriguez attends to one of its session in Caracas, Venezuela August 8, 2017. (REUTERS Photo)
by Compiled from Wire Services Aug 18, 2017 12:00 am

In a session, the Constituent Assembly adopted a decree authorizing it to "take over functions to legislate on matters directly concerned with ensuring peace, security, sovereignty, the socio-economic and financial systems, state assets and upholding Venezuelans' rights."

The dramatic move follows a refusal by the congressional leadership to swear an oath of loyalty to the assembly, whose election the opposition considers illegitimate.

The government has argued that opposition lawmakers behind months of anti-government protests are working with the U.S. to violently oust President Nicolas Maduro.

Maduro, whose popularity has plummeted along side Venezuela's economy, has been at odds with the legislature ever since the opposition took control, and has already tried to sideline it several times. This has led to accusations of dictatorship.

Elections he called last month to fill the new assembly were boycotted by the opposition and marred by reports of fraud. Most of its 545 members are loyal to Maduro. Multiple countries have said before Friday's move that they did not recognize the Constituent Assembly.