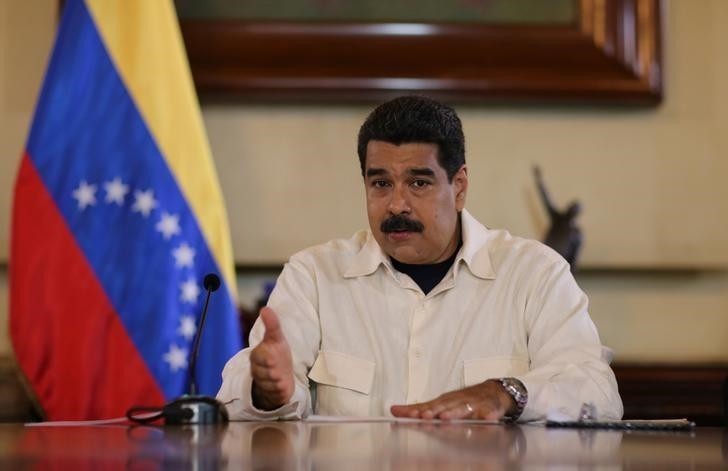 "Venezuela is the center of a major global defamation campaign," he said in a speech at the presidential palace for international media.

"Unfortunately, we are in the worst moment of the relationship with the U.S. government. I say unfortunately because my proposal, based on the dialogue of civilizations, has been to have a relationship of respect with President Donald Trump," he said in the nationally televised address.

"May the pope help us prevent Trump from launching his troops and invading Venezuela. I ask the pope to help against the military threat of the United States," he said.

Earlier this month, Trump said there are many alternatives on Venezuela and he would not rule out a "military option."

The latest frictions with the United States come amid political tension in Venezuela generated by the recent election of a controversial pro-Maduro Constituent Assembly that has the power to rewrite the Constitution, and anti-government protests that have left at least 120 dead in the past four months.

Venezuela is also facing a severe economic crisis that has led to shortages of food and medicine and forced the government to eliminate its socialist programs.

Ortega fled to Colombia last week with her congressman husband, who the Supreme Court accused Friday of corruption and extortion.

The Colombian government offered political asylum to the couple, but according to local media, the pair is considering a move to Brazil.

During his speech Tuesday, Maduro said he would ask Interpol to issue an international arrest warrant for the couple.