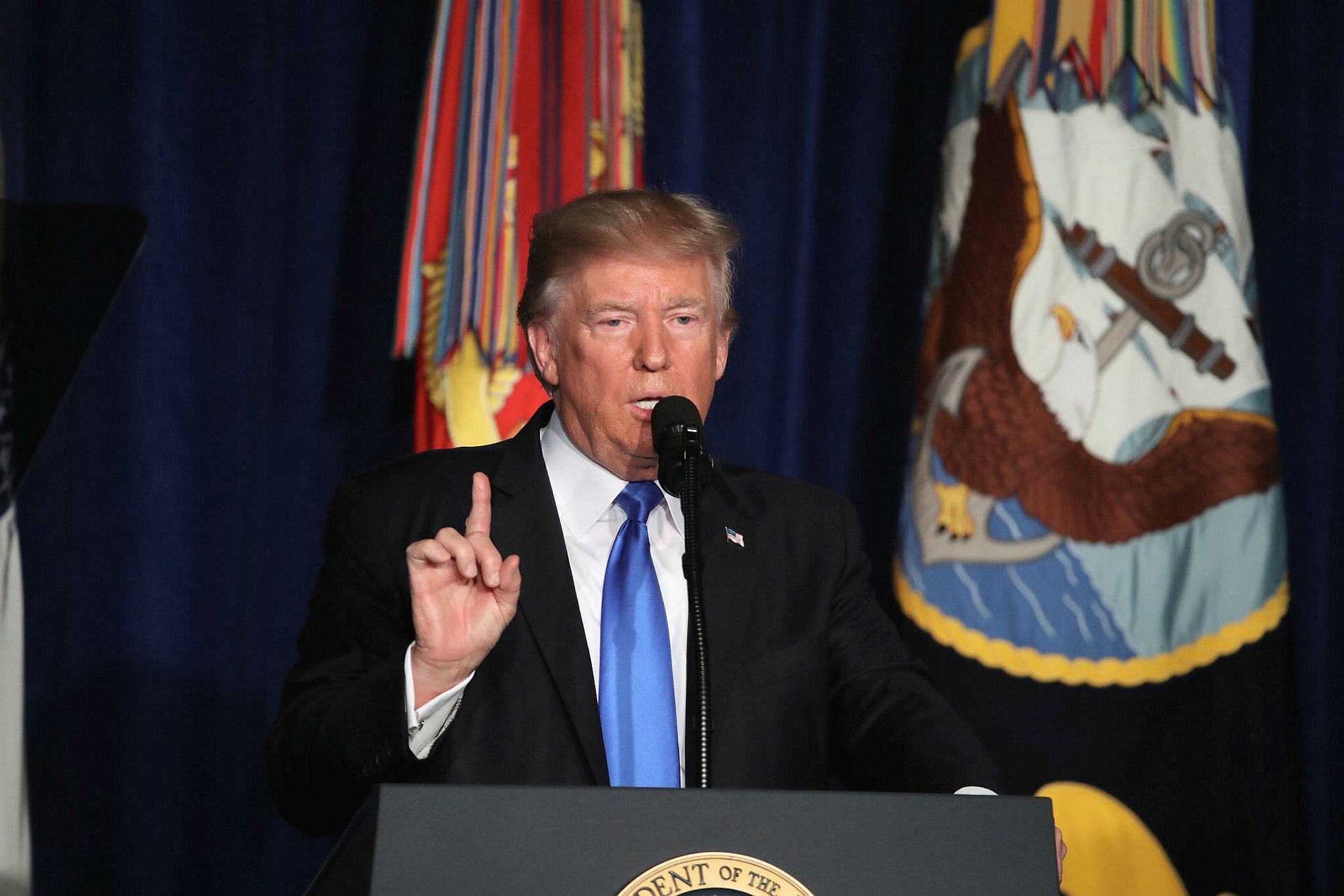 In a controversial move, U.S. President Donald Trump's tweets over barring transgender people from the military seems to have become policy, after the release of a new government memo

U.S. President Donald Trump is no stranger to controversy, however his expressed desire to bar transgender people from serving in the military surprised even some of his own fans.

During the 2016 race, Trump had made quite a name for himself for being one of the few Republicans to strongly support equality for sexual minorities, such as gays, lesbians, bisexual and transgender people. He had even waved an LGBT flag in one of his rallies, on which was inscribed "LGBTs for TRUMP."

He also surprised a lot of people on all political spectrums when he announced his strong support for such groups of people in his Republican National Convention nomination acceptance speech, and during the discord over transgender people using whichever bathrooms they feel like, despite their biological sex, he had said that Caitlyn Jenner could use whatever bathroom she wanted at Trump Towers.

While Trump's opponents attacked him on several fronts, it seemed to be hard to make the case that he was anti-gay. That all changed on July 26, when he announced on his Twitter he will re-instate the transgender service ban in the military, which had been lifted late in the second term of the Barack Obama administration.

"After consultation with my Generals and military experts, please be advised that the United States Government will not accept or allow Transgender individuals to serve in any capacity in the U.S. Military." He then proceeded to give a short explanation as to why.

"Our military must be focused on decisive and overwhelming victory and cannot be burdened with the tremendous medical costs and disruption that transgenders in the military would entail. Thank you."

Now the memo signed by Trump bars transgender people from serving in the military, as well as a ban on government funds being used for "sex-reassignment surgery" for active personnel, and regarding them, the president has said that he would leave Defense Secretary and U.S. Marine Corps General Jim Mattis to decide whether to retain existing transgender recruits.

The memo also called on Mattis to submit a plan on the matter by late February next year.

Trump later suggested that his predecessor hadn't considered that his lifting of the ban could "hinder military effectiveness and lethality, [and] disrupt unit cohesion." It is also important to remember that he didn't decide upon this action out of the blue, but did so under the advice of his own generals.

Despite the political controversy regarding the subject, which has now been reheated in the media, there are serious questions to consider regarding transgender people serving in the military.

There are tremendous costs involved, as well as difficulties integrating transgender people into their units, most of the time due to self-identity problems as well as other psychological difficulties, and also very real questions about what it even means to be transgender.

The most tangible issue however is the one of tax-payer funded "gender-reassignment" surgery. Sex-transition is very expensive, and has often lead to massive amounts of regret on the part of the transgender person, which more often than not leads to suicide.

While many LGBT individuals spoke out against the decision, the community is actually vary divided on the issue. Conservative journalist, author and flamboyant gay man Milo Yiannopoulos for example had praised the action, saying that "you don't help mentally ill trans people by sticking them on the front lines. You help them with therapy and drugs – though not, I have to stress, transition surgery."

While President Trump's decision might seem bigoted to some, it should be remembered that the U.S. military's standards for joining are very high, as they are with every military in the world. One can be rejected for something as simple as having flat feet, gastric abnormalities, anemia, bad hearing, bad eyesight, deformities of the skull, metabolic and psychological disorders, as well as many others, which might not at first inhibit one's ability in any other profession, but serving in the military cannot be seriously compared to almost any other profession.