Largest oil refinery in US closes due to Hurricane Harvey 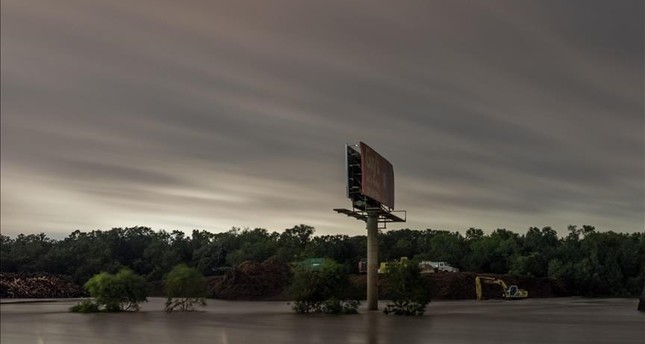 The largest oil refinery in the United States, shut down operations Wednesday amid massive flooding due to Hurricane Harvey.

Motiva, located in Port Arthur, Texas and owned by a Saudi Arabian company, processes over 600,000 barrels of oil per day.

"Return to service is contingent upon recession of flood waters in the area," the company said in a statement. "Our priority remains the safety of our employees and the community."

The number of confirmed deaths due to Harvey was 21 by Wednesday afternoon.

ExxonMobil shut down a facility in nearby Beaumont also on Wednesday after it was damaged the night before. ExxonMobil closed another refinery in Baytown, the second largest in the country with a production rate of 560,000 barrels per day. On Tuesday evening, the company revealed that the Baytown facility released 12,000 pounds of poisonous vapors into the air following damage from Harvey.

Valero and Total oil companies also shuttered refineries near the Texas Gulf Coast as Harvey continued to swamp the region with water. In all, about 25 percent of the nation's oil refinery capacity has been taken offline, according to estimates from AAA, the national transportation organization.

"Despite the country's overall oil and gasoline inventories being at or above 5-year highs, until there is clear picture of damage and an idea when refineries can return to full operational status, gas prices will continue to increase," AAA spokesperson Jeanette Casselano said in a statement on Monday.

National average gasoline prices rose to $2.40 per gallon by Wednesday morning, increasing from about $2.34 per gallon a week ago.

Hurricane Harvey made landfall in Texas on the evening of August 25. Later demoted to a tropical storm, Harvey again made landfall in Louisiana and another part of Texas early Wednesday morning.

Many refineries near Lake Charles, Lousiana, where about four percent of the nation's refinery capacity is located, were shutting down or operating at reduced capacity by Wednesday.

Share on Facebook Share on Twitter
Previous in Americas Rescuers along with volunteers and federal organizations have rescued... Next in Americas The U.S. Missile Defense Agency and the Navy successfully conducted...
DAILY SABAH RECOMMENDS