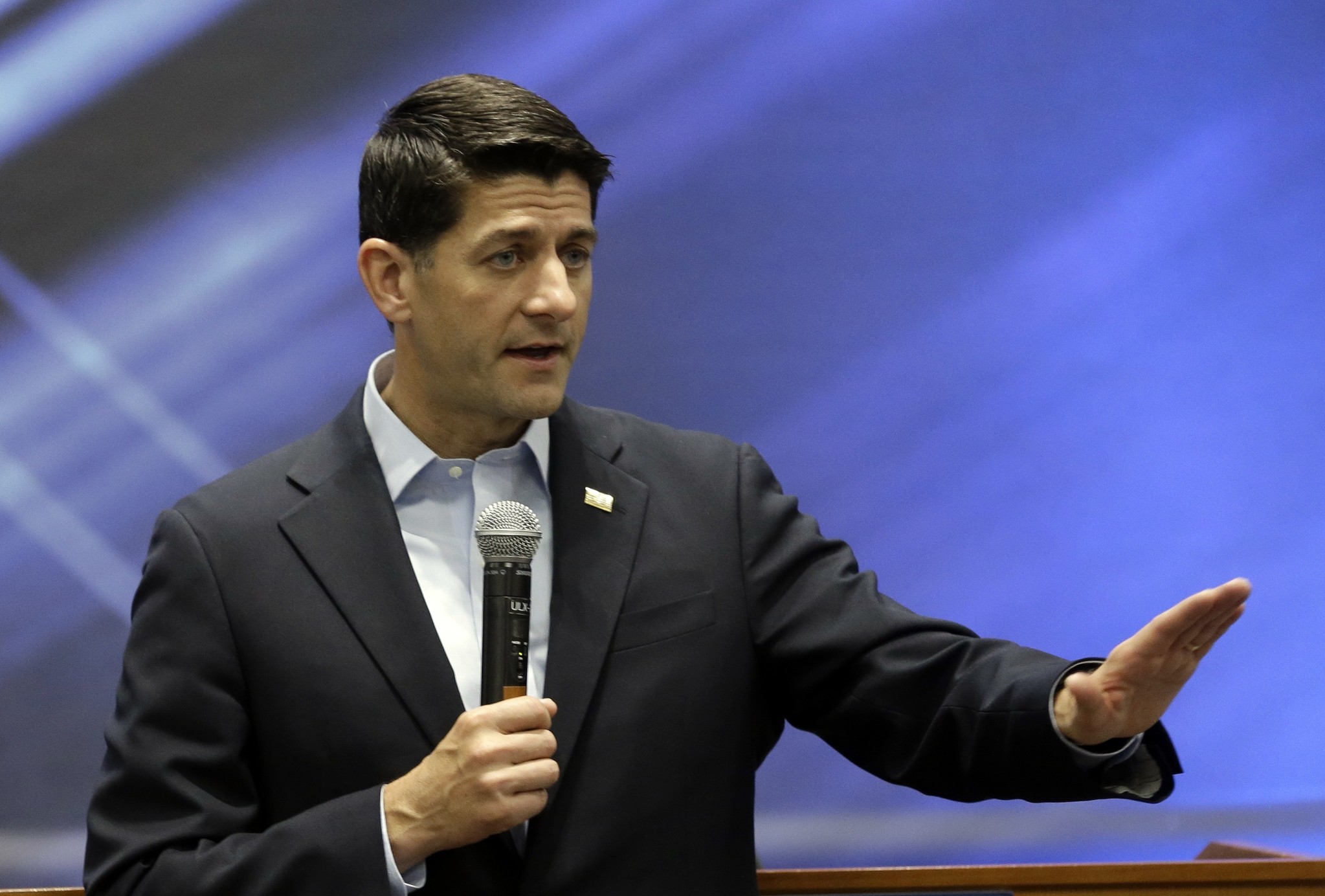 House of Representatives Speaker Paul Ryan urged President Donald Trump on Friday not to rescind an Obama-era program that protects immigrants who entered the United States illegally as children, joining business leaders and others opposing the move.

The Republican president said he would announce by Monday whether to end the Deferred Action for Childhood Arrivals, or DACA, program that protects nearly 800,000 people from deportation. It also makes those covered, so-called Dreamers, eligible for work permits.

"We love the 'Dreamers,'" Trump told reporters in the Oval Office.

However, White House spokeswoman Sarah Sanders said later in the day that Trump's decision would be announced on Tuesday.

"We're actually going to make that announcement on Tuesday of next week," she said.

Ryan and Senator Orrin Hatch, both Republicans, on Friday joined a small but growing number of lawmakers from the majority party to speak out against killing DACA, created in 2012 by Democratic former President Barack Obama's executive order and long the target of immigration hard-liners.

"I actually don't think he should do that, and I believe that this is something Congress has to fix," Ryan said in an interview with WCLO radio in his hometown of Janesville, Wisconsin.

"These are kids who know no other country, who were brought here by their parents and don't know another home. And so I really do believe that there needs to be a legislative solution. That's one that we're working on. And I think we want to give people peace of mind," Ryan added.

Hatch said in a statement rescinding the program would further complicate a U.S. immigration system sorely in need of legislative reform.

"Like the president, I've long advocated for tougher enforcement of our existing immigration laws. But we also need a workable, permanent solution for individuals who entered our country unlawfully as children through no fault of their own and who have built their lives here. And that solution must come from Congress," Hatch said.

Trump made a crackdown on illegal immigrants a centerpiece of his 2016 election campaign and has stepped up deportations since taking office in January. But business leaders say immigrants make important economic contributions and that ending the program would hit economic growth and tax revenue.

Congress under presidents of both parties has been unable to pass comprehensive immigration reform.

Obama in 2014 signed an order providing similar protections as DACA to millions of additional illegal immigrants who were parents of U.S. citizens or lawful permanent residents, but a group of Republican states led by Texas blocked it with a lawsuit that went all the way to the U.S. Supreme Court.

Most of the Dreamer immigrants came from Mexico and other Latin American countries. More than 200,000 live in California, while 100,000 are in Texas. New York, Illinois and Florida also have large numbers.

What to do about Dreamers has been actively debated within the White House and Trump administration. One senior administration official described the debate as a "tug of war" between factions in favor and against the move.

'FUTURE OF OUR COUNTRY'

Leading business figures including Facebook Inc (FB.O) CEO Mark Zuckerberg have rallied in defense of the program and the Dreamers.

"These young people represent the future of our country and our economy. They are our friends and family, students and young leaders in our communities," Zuckerberg wrote in a Facebook posting late on Thursday.

DACA supporters argue that the people it protects grew up and were educated in the United States and were integrated into American society, with little connection to the countries in which they are citizens. Opponents of the program argue that illegal immigrants take jobs from U.S. citizens.

There are deep divisions in the United States over the fate of roughly 11 million illegal immigrants, most of them Hispanics. Trump as a candidate promised to deport all of them.

Trump in February, four weeks after taking office, signaled he was conflicted over the DACA program, telling a news conference he would "deal with DACA with heart" and calling the matter "one of the most difficult subjects I have." Trump said "some absolutely incredible kids" were among those covered by DACA, but also gang members and drug dealers.