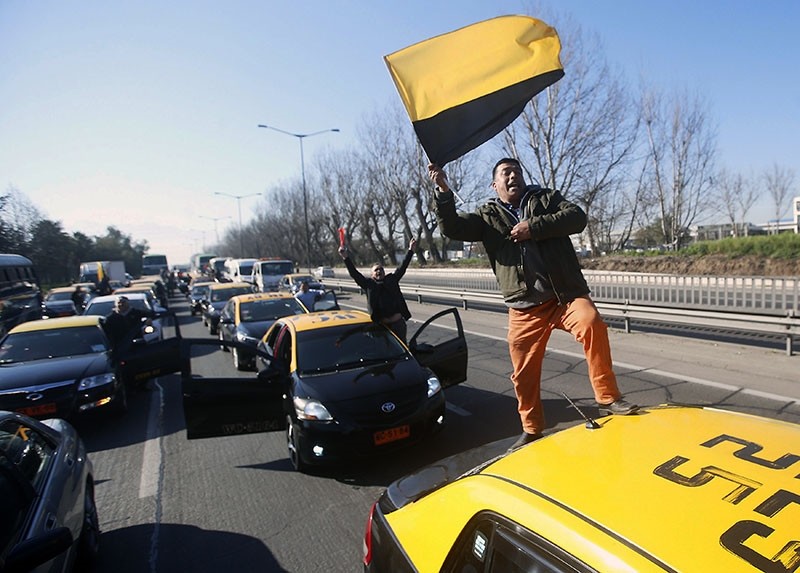 Taxi drivers protesting the growth of mobile ride hailing applications such as Uber and Cabify blocked the main road to Chile's principal airport in capital Santiago on Monday, leading to one death and wreaking havoc on travelers' plans.

One 65-year-old Brazilian tourist stuck in traffic died of a cardiovascular event, Chilean police said without offering any further details. A medical helicopter evacuated the man, but it was too late, they added.

"This takeover of the airport by the taxi drivers has significantly hurt the image of Chile, the image of the airlines, and has hurt people traveling or arriving in the country," Claudio Orrego, the governor of the Santiago Metropolitan Region, told reporters.

He added that the government would bring charges against those responsible for the protests, and that at least 15 people had already been arrested.

Legislation is advancing slowly through Chile's Congress to regulate Uber and Cabify, which remain in a legal gray zone. While some authorities have promised to sanction users of the widely used applications, they have also expressed a desire to bring the services within Chile's existing regulatory framework.