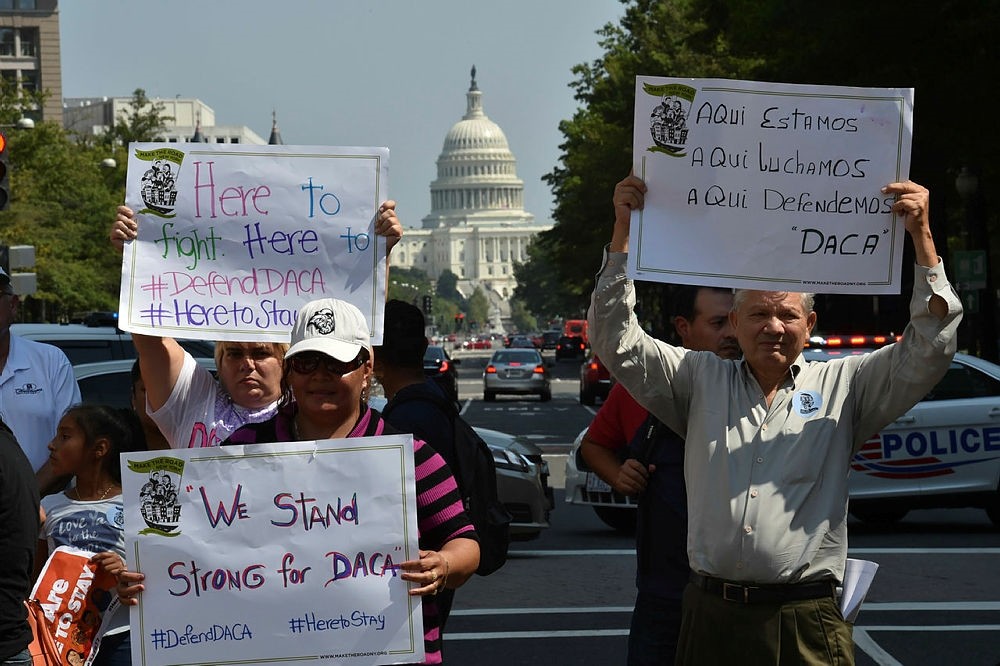 Mexico condemned U.S. President Donald Trump's decision Tuesday to end an amnesty for thousands of people brought illegally to the United States as children, expressing "deep worry" for the uncertainty they now face.

"The Mexican government deeply regrets the cancellation" of the program known as DACA, the foreign ministry said in a statement.

It said it had a "moral imperative" to urge the Trump administration and Congress to quickly resolve the legal gray area now affecting some 800,000 people formerly protected from deportation under the program.

Trump announced permits would be gradually phased out as they expire over the next six to 24 months, leaving it up to Congress to draft an immigration reform to address the situation of those protected under DACA.

Mexico said its embassy in Washington had already begun writing US lawmakers underlining the young immigrants' "value to American society" and urging them to act.

"There is no question that setting immigration policy in the United States is the exclusive role of the American people and their institutions," it said.

"However, our country cannot ignore the fact that thousands of young people born in Mexico will likely be affected by today's decision."

Some 625,000 Mexicans are protected under DACA, according to the foreign ministry.

It said they would be welcomed "with open arms" in Mexico if they ended up being deported to the country of their birth, where many in the program have barely ever lived.

The issue of Mexican immigration to the United States has strained relations between the two neighbors since Trump took office, along with his vows to make Mexico pay for a wall on the border and his insistence on renegotiating the North American Free Trade Agreement (NAFTA).

The announcement of DACA's end came as US, Mexican and Canadian negotiators met in Mexico City for a second round of talks on revamping the deal, which Trump accuses of shipping American jobs south of the border.

Trump's decision has sparked protests in Mexico. On Monday night, some 20 women held a prayer vigil in the northern city of Tijuana against the imminent end of DACA, gathering along the border at a spot where there is already a metal barrier between the two countries.

Another small group protested outside the US embassy in Mexico City on Tuesday.