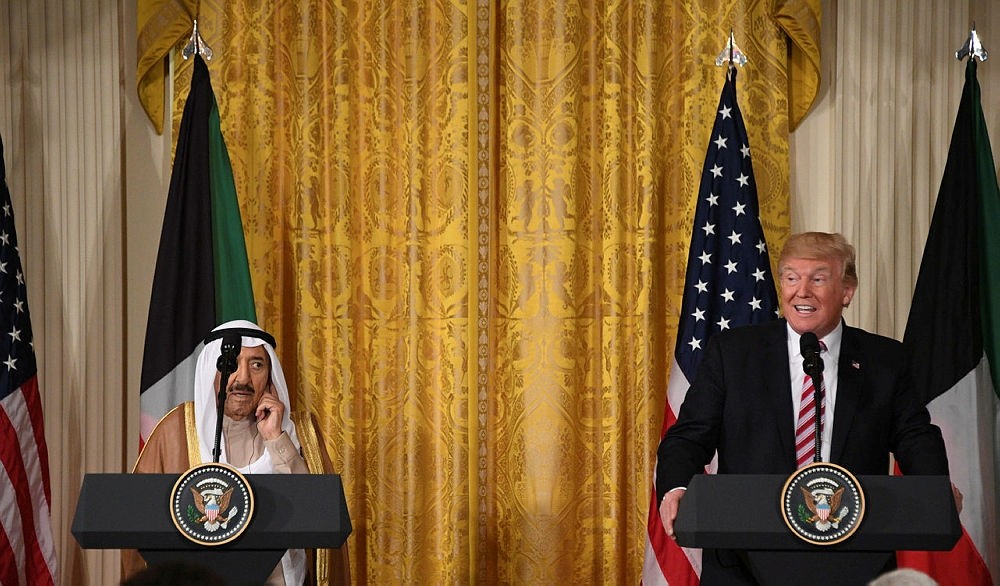 U.S. President Donald Trump said Thursday that military action against a defiant North Korea after its recent powerful nuclear test was "not inevitable."

Speaking at a White House news conference along with the emir of Kuwait, the president said, "Military action would certainly be an option. Is it inevitable? Nothing's inevitable."

"It would be great if something else could be worked out," he said while adding that if it comes to military action, "It will be a very sad day for North Korea."

Trump offered to mediate in the crisis between Qatar and its Arab neighbors and said he believed the dispute could be solved "fairly easily."

"I would be willing to be the mediator," Trump told reporters at the press conference. "I think it's something that's going to get solved fairly easily."

Saudi Arabia, Bahrain, the United Arab Emirates and Egypt announced on June 5 they had cut diplomatic and economic ties with Qatar, accusing it of having ties with Shiite Iran and terror groups. Qatar rejected the claims, calling them "baseless."