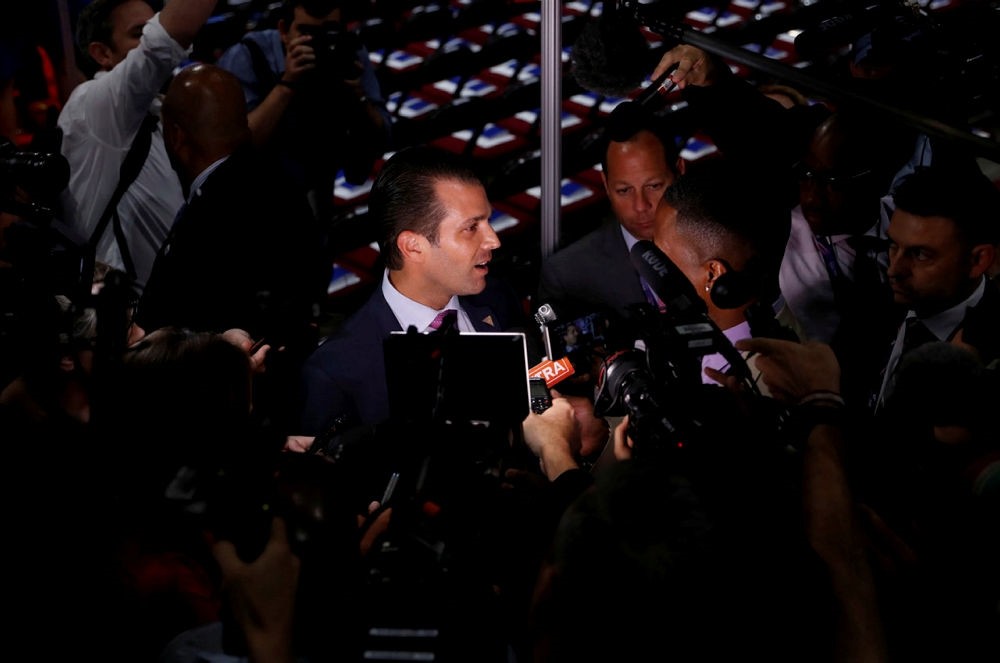 However, Donald Trump Jr. insisted that neither he nor anyone else he knows colluded with any foreign government during the presidential campaign.

His description of a June 2016 meeting at Trump Tower, delivered in an opening statement at the outset of a closed-door Senate Judiciary Committee interview, provided his most detailed account of an encounter that has attracted the attention of congressional investigators and special counsel Robert Mueller.

Multiple congressional committees and Mueller's team of prosecutors are investigating whether the Trump campaign coordinated with Russia to influence the outcome of the election. A grand jury used by Mueller as part of his investigation has already heard testimony about the meeting, which besides Trump Jr., included the president's son-in-law, Jared Kushner, and his then-campaign chairman, Paul Manafort.

In Thursday's prepared remarks, which were obtained by The Associated Press, Trump Jr. sought to explain emails he released two months ago that showed him agreeing to the meeting, which had been described as part of a Russian government effort to help his father's campaign.

In his new statement, he said he was skeptical of the outreach by music publicist Rob Goldstone, who said he had information that could be damaging to Clinton. But Trump Jr. said he thought he "should listen to what Rob and his colleagues had to say."

"To the extent they had information concerning the fitness, character or qualifications of a presidential candidate, I believed that I should at least hear them out," Trump Jr. said in the statement.

At one point during the email exchange, Trump Jr. had told Goldstone, "If it's what you say I love it especially in the summer."

Trump Jr. sought to explain that remark Thursday by saying it was "simply a colloquial way of saying that I appreciated Rob's gesture."

Trump Jr. agreed to the Senate interview after the committee chairman, Republican Chuck Grassley of Iowa, subpoenaed him and Manafort. The committee withdrew the subpoenas after the two agreed to be interviewed privately by staff. Grassley said they both would eventually be questioned by senators in a public hearing.

Trump Jr. also is expected to appear before the Senate intelligence committee at some point.

Sen. Mark Warner of Virginia, the top Democrat on the intelligence panel, said the senators want to speak with others who attended the June meeting before interviewing Trump Jr.

"We want to do this in a thorough way that gets the most information possible," Warner said.

Manafort met privately with staff on that committee in July. Kushner has met with that staff, as well as members of the House Intelligence Committee.

That House committee has tried to talk to Trump Jr., too. Rep. Eric Swalwell, D-Calif., said negotiations are underway and a date hasn't been set.