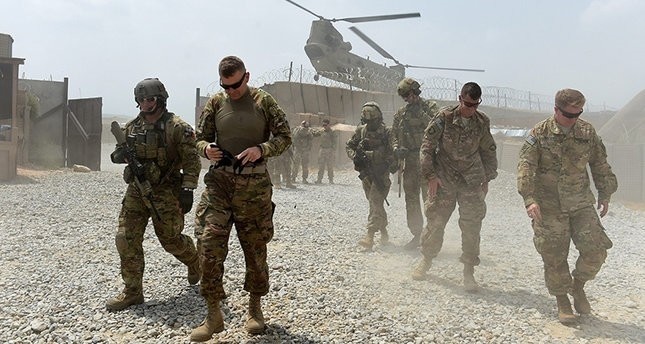 In this photograph taken on August 13, 2015, US army soldiers walk as a NATO helicopter flies overhead at coalition force Forward Operating Base (AFP Photo)
by Associated Press Sep 07, 2017 12:00 am

The Pentagon said late Thursday that the military could be affected by the president's decision to end the Obama-era program that protects young immigrants brought into the country illegally as children.

The Pentagon also added that about 900 people currently in uniform - or who have signed up to serve - are recipients of work authorization through the Obama program known as Deferred Action for Childhood Arrival, or DACA.

Lt. Col. Paul Haverstick is a Pentagon spokesman. Haverstick said the Pentagon is coordinating with the departments of justice and homeland security "regarding any impact" the change will have on military DACA recipients.

Trump on Tuesday ordered an end to the program in six months, giving Congress time to find a solution for the immigrants.