FARC asks pope's forgiveness for pain they inflicted over Colombians 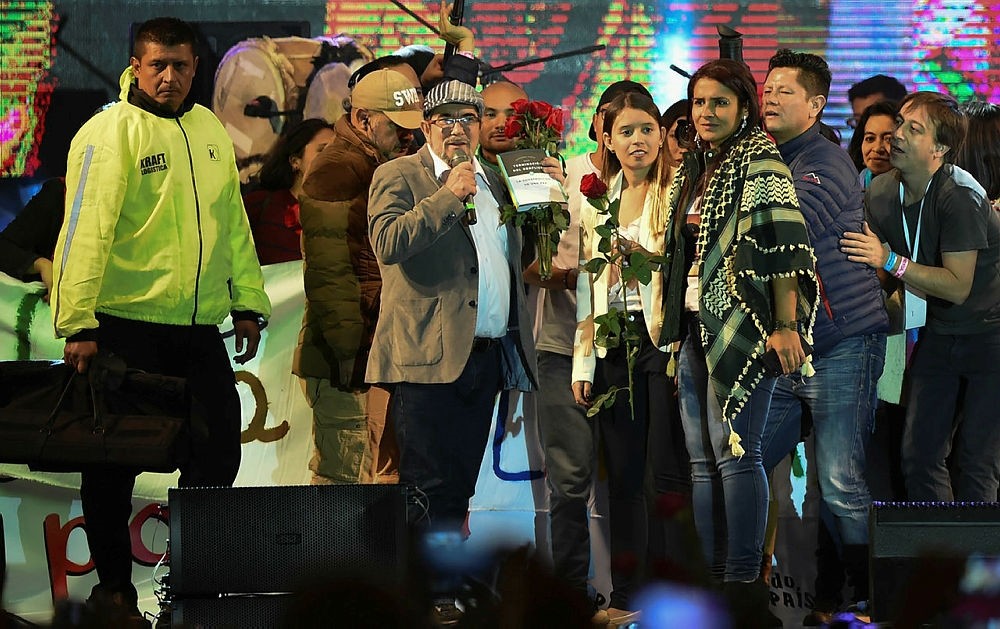 FARC leader Rodrigo Londono Echeverri attends a presentation of the rebaptized Common Alternative Revolutionary Force (FARC) political party, during the closing of their National Congress in Bogota on September 1, 2017. (AFP Photo)
by Sep 08, 2017 12:00 am

Former Colombian FARC rebel leader Rodrigo Londono, now the head of a new political party, on Friday asked for forgiveness from the visiting Pope Francis for the pain and suffering the group inflicted over five decades of war.

As many as 220,000 people were killed and millions displaced during a war that pit the Marxist FARC and other rebel groups against right-wing paramilitaries and government troops.

"Your repeated expressions about God's infinite mercy move me to plead your forgiveness for any tears or pain that we have caused the people of Colombia," Londono said in an open letter to the pope.

The pontiff has urged forgiveness and reconciliation during a five-day trip to Colombia in the hope of healing wounds left by the conflict.

After two days in Bogota, the Argentine pontiff heads to the central city of Villavicencio on Friday, where he will meet war victims, including survivors of FARC violence and bombings. He visits Medellin and Cartagena over the weekend.

The pope will hold a prayer meeting with 6,000 survivors of the conflict and see a destroyed statue of Christ brought from the western province of Choco for his visit to Villavicencio.

The effigy was recovered from a church attacked by the FARC in 2002 in a rainforest village. About 80 people were killed as they sought refuge from rebel bombings inside the humble church.

The plaster figure, without arms or legs, has become an enduring symbol of the bloody war.

The FARC demobilized in June after signing a peace agreement with the government late last year.

Under the terms of the peace accord, the FARC party will granted 10 seats in Congress through 2026 and may campaign for others. Both legislative and presidential elections are set for 2018.