Hurricane Irma to 'devastate' US as it hurtles toward Florida 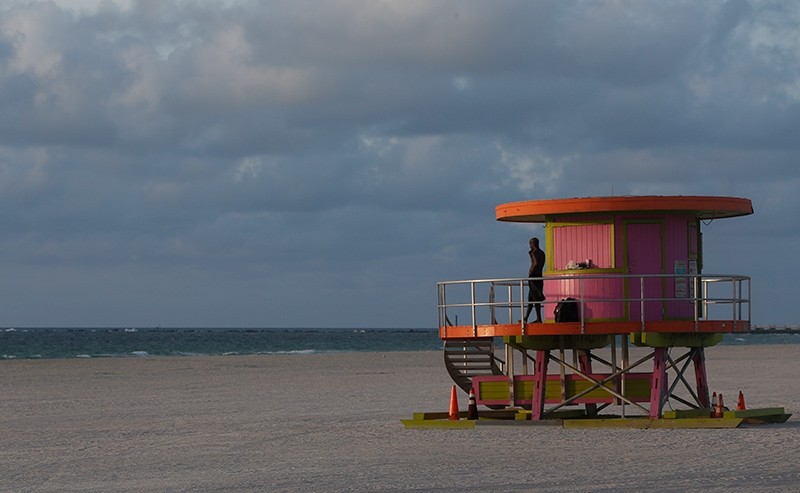 The head of the Federal Emergency Management Agency said U.S. officials were preparing a massive response to Hurricane Irma, which is set to hit Florida as early as Saturday.

"Hurricane Irma continues to be a threat that is going to devastate the United States in either Florida or some of the southeastern states," FEMA Administrator Brock Long said at a news briefing on Friday.

Long added that no one in Florida has experienced a storm with the intensity of what's now bearing down on the state. He said there is "a lot of certainty in this forecast" showing Irma making landfall somewhere in Florida this weekend.

Long said those in low-lying areas who've been told to evacuate "need to get out and heed the warning."

More than 8,000 FEMA staff have been deployed to prepare for Irma and help with the continuing recovery effort from Hurricane Harvey, which caused massive flooding in southeastern Texas last week.

He warned that parts of Florida would be out of electricity for days if not longer and that more than 100,000 people may need shelter.

Meanwhile, U.S. National Hurricane Center (NHC) warned that Irma was still "extremely dangerous" as it moved through the south-eastern Bahamas.

The strongest storm ever recorded in the Atlantic Ocean, Irma "will continue to bring life-threatening" winds, rain and storm surges to the Turks and Caicos Islands and the Bahamas through Saturday, the center said.