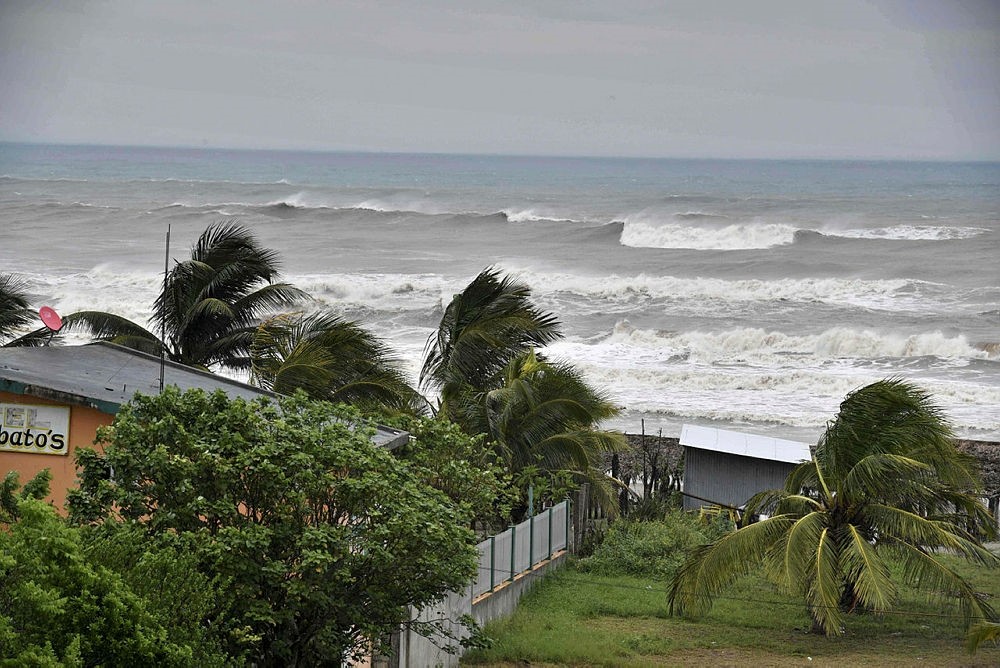 Hurricane Katia strengthened as it moved slowly towards the Mexican Gulf coast on Friday and was expected to pick up speed before approaching land early on Saturday, the U.S. National Hurricane Center (NHC) said.

By mid-morning, Katia was 160 miles (255 km) east of the port of Tampico, with maximum sustained winds of 100 miles per hour (155 km per hour), making the storm a Category 2 hurricane.

The NHC said it could be close to major hurricane strength by this weekend, when it is forecast to hit land.

Category 1 is the NHC's weakest hurricane designation while Category 5 is the strongest. Storms of Category 3 and above are defined as major hurricanes.

Mexico is also dealing with the aftermath of a powerful earthquake on Thursday night. The quake, the strongest to strike the country in more than 80 years, killed at least 36 people.

There are now three hurricanes in the Atlantic.

Hurricane Irma, one of the most powerful Atlantic storms in a century, spread devastation in Saint Martin, where it killed eight people, and Barbuda in the Caribbean as it took aim at Florida. Irma has now been downgraded to a Category 4 storm.

Hurricane Jose is in the open Atlantic, some 415 miles (670 km) east of the Caribbean's Lesser Antilles islands. The NHC upgraded its designation to Category 4 on Friday morning.

Katia was expected to hit the state of Veracruz by early Saturday. State officials said in a statement on Friday that the storm could cause landslides and flooding, and urged people living below hills and slopes to be prepared to evacuate.

Luis Felipe Puente, head of Mexico's national emergency services, said this week that Katia has "worrying characteristics" because it is very slow-moving and could dump a lot of rain on areas that have been saturated in recent weeks.

State oil and gas company Pemex has installations in and around the coast of Veracruz, but the firm has not reported any disruption to its operations.