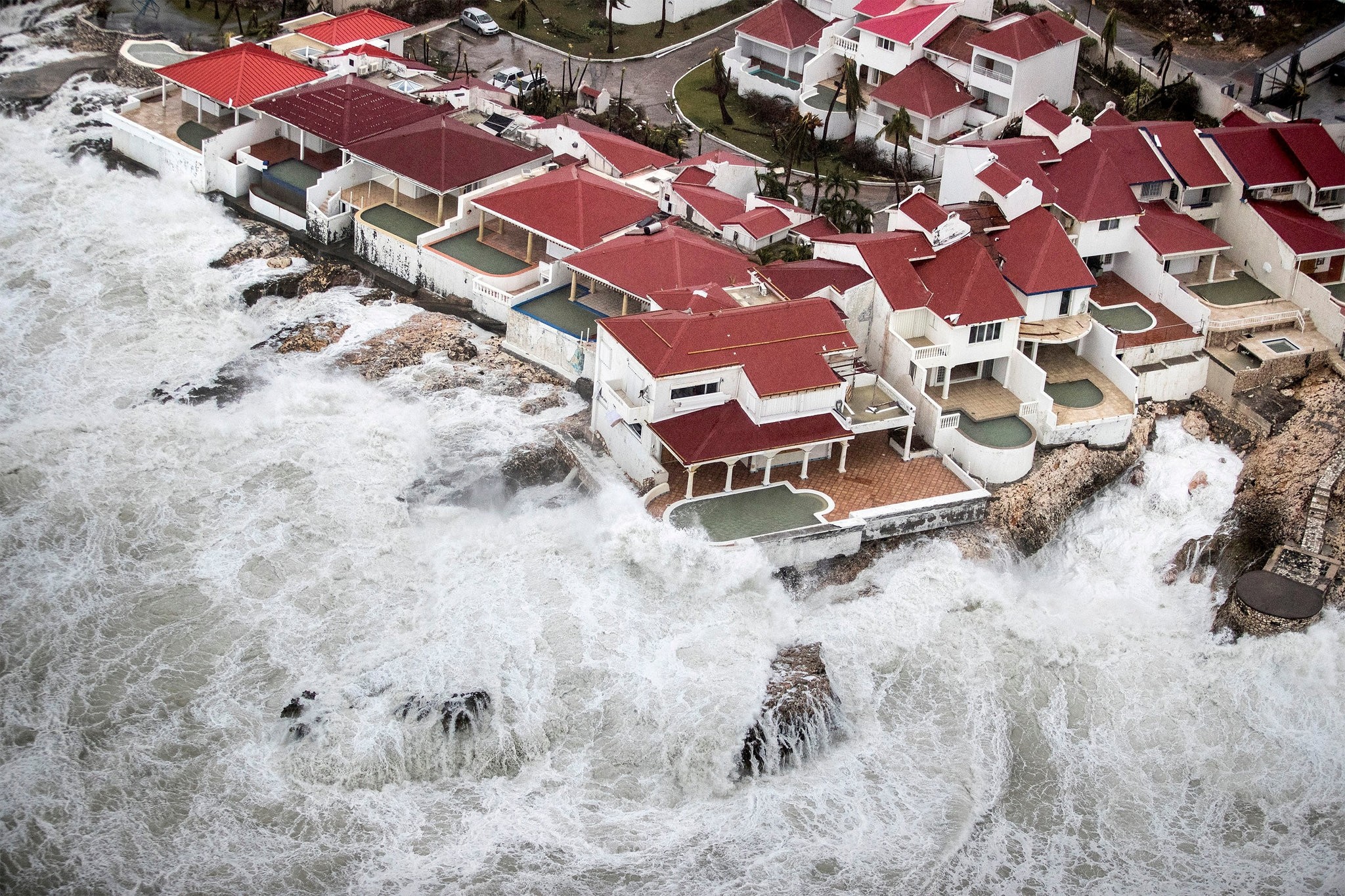 The ravaged French Caribbean islands of Saint Martin and Saint Barts braced Saturday for a second potentially devastating hurricane as shellshocked residents scrambled for safety while air and sea links were severed.

Jose was expected to pass 100 kilometres (60 miles) north of Saint Martin, 95 percent of which has already been ravaged by Hurricane Irma, which struck three days ago and is expected to reach Florida at 1000 GMT Sunday.

Many on St Martin, an island which is divided between France and The Netherlands and known for its vibrant nightlife and pristine beaches, were wondering where to go.

Earlier in the day, there was an anxious and tense scramble to fly out of the islands before air links were closed as a precautionary measure. The ports have also closed to traffic.

Priority was given to the wounded and women and children, a nurse at Saint Martin's airport said.

French Overseas Affairs Minister Annick Girardin said nine shelters capable of harboring 1,600 people were being set up in Saint Martin. Girardin is staying put on the island as a gesture of solidarity.

"We are here to see that everybody has a shelter before Saturday noon," said Girardin.

Our challenge is zero deaths'

"Our challenge is zero deaths during Jose," a security source told AFP.

Twelve people were killed on the two islands by Hurricane Irma, which also flattened thousands of buildings and has left the authorities struggling to control looting.

Residents meanwhile grappled with the dwindling supplies as they hunkered down for the new hurricane.

"We have only 12 bottles of water for a family of three to wash and drink," said Saint Barts resident Olivier Toussaint.

Toussaint has taped up his windows in a bid to prevent them from shattering. His cyclone-resistent shutters were destroyed by Irma.

Nicolas, an official posted in Saint Martin for six years, is "angry with Paris and the way it's handling the crisis".

He said he had little information on what to do and "no information or addresses" for those rendered homeless. There were soldiers but with little equipment, he added.

Sidonie Jasaron, 67, said she had no choice but to remain in her battered home with her six children and grandchildren.

"Even though I want to move, there's no telephone, there's nothing and I don't know where to go," she said.

On the seafront, a woman wept as she spoke on the telephone. "We've lost everything you know. There's nothing left."

Officials said they were waiting for Jose to pass through before distributing food rations and water.

When Irma hit on Wednesday, it ripped off roofs and uprooted trees, tossing cars and boats about like matchsticks.

Debris still clogs the streets, many homes are uninhabitable, communications are still down and tens of thousands are without food, water or power.

Dutch Navy commander Peter Jan de Vin said it was "an illusion" that islanders could prepare properly for Jose's arrival.

"Everything that is loose and lying around and which can be picked up by the winds and thrown around is a projectile that can injure or kill," he told the Dutch newspaper NRC.

On the southern Dutch half of the island, 70 percent of the infrastructure has been destroyed in the storm, officials said.