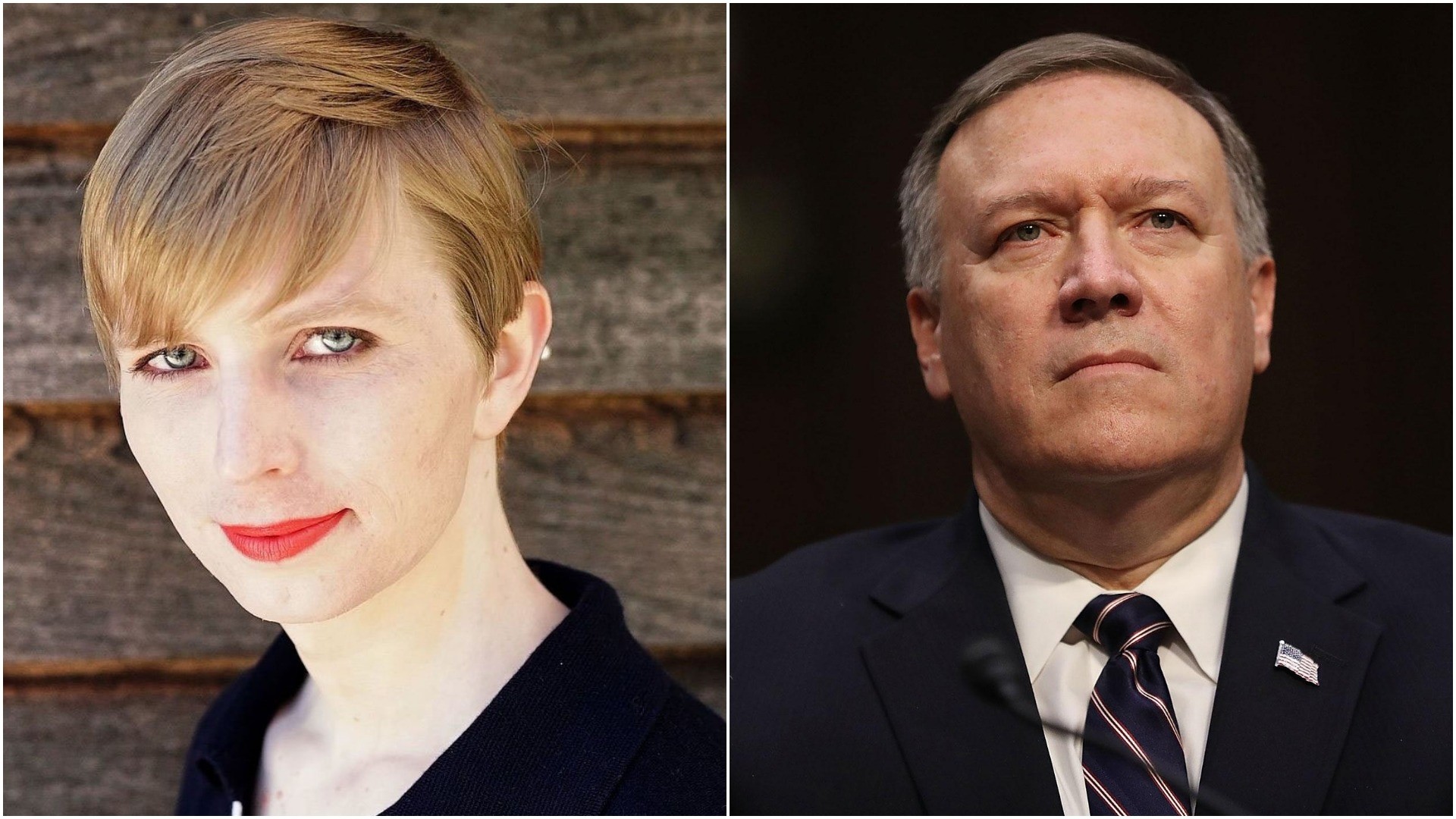 Harvard University has reversed its decision to name Chelsea Manning a visiting fellow, one day after CIA Director Mike Pompeo scrapped a planned appearance over the designation for the soldier who was convicted of leaking classified information.

In a statement posted to the university's website early Friday, Harvard Kennedy School Dean Douglas Elmendorf writes that naming Manning a visiting fellow was a mistake even though he says the title carries no special honor. He says Manning is still invited to spend a day at the school and speak to students.

Manning's publicist didn't immediately respond when asked if she would still accept Harvard's invitation to visit the school.

Pompeo pulled out of a Harvard forum and former acting director Mike Morrell quit the university on Thursday to protest Manning's appointment as a visiting fellow.

Pompeo, who was scheduled to speak late Thursday at the Kennedy School of Government, canceled at the last minute following news of Manning's speaking engagement.

Labeling Manning an "American traitor," Pompeo said in a statement that his conscience would not allow him to "betray the trust" of the Central Intelligence Agency staff by appearing to support Harvard's decision by joining the event.

Manning as visiting fellow a 'mistake'

"Ms Manning betrayed her country and was found guilty of 17 serious crimes for leaking classified information to Wikileaks," he said in a statement.

"Ms Manning stands against everything the brave men and women I serve alongside stand for."

Pompeo, who attended Harvard Law School, said it was "shameful" that Harvard gave Manning's actions its "stamp of approval."

Earlier Morrell said he was stepping down as a senior fellow at The Belfer Center, part of the Kennedy School, for the same reason.

Elmendorf said that inviting Manning to be a visiting fellow "was a mistake, for which I accept responsibility."

Manning, then known as Bradley Manning, was convicted of espionage and other charges in 2013 for leaking hundreds of thousands of secret US diplomatic communications and other documents to WikiLeaks.

Sentenced to 35 years in prison, the former army intelligence analyst had her sentence commuted in May by President Barack Obama to seven years dating to her 2010 arrest and she was freed. While in prison Manning transitioned from male to female.