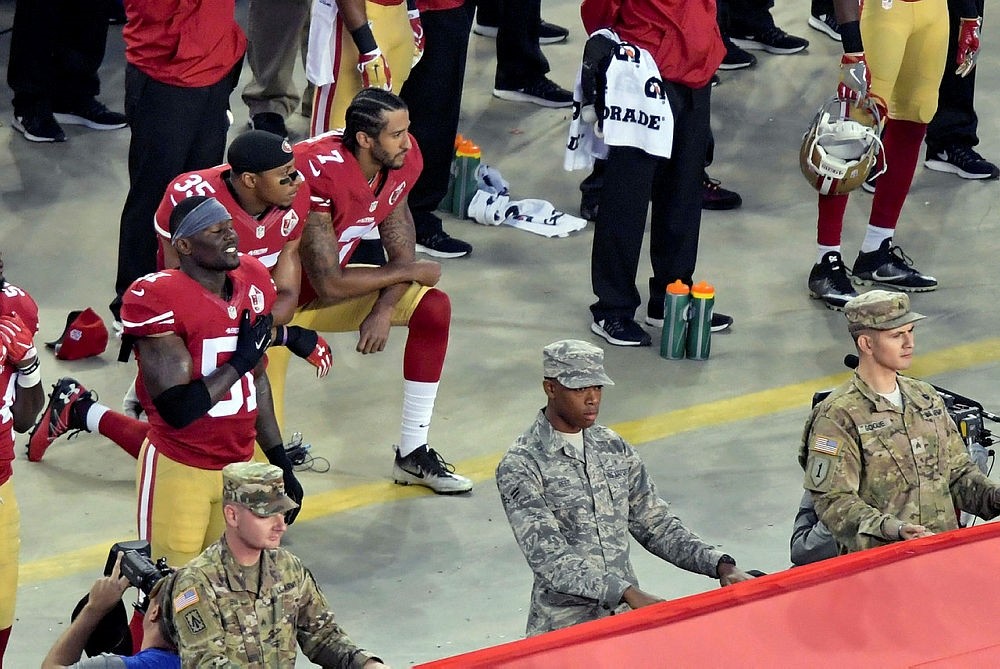 U.S. President Donald Trump on Friday launched a foul-mouthed tirade at NFL players who protest the playing of The Star-Spangled Banner at games, urging team owners to "fire" athletes who take a knee or raise a fist during the anthem.

Speaking at a Republican rally in Alabama, the American president drew loud cheers and chants of "USA, USA, USA" when he said fans should "leave the stadium" when it happens because it shows "disrespect of our heritage."

"Wouldn't you love to see one of these NFL owners, when somebody disrespects our flag, to say, 'Get that son of a bitch off the field right now, out, he's fired. He's fired!'" Trump said at the rally podium.

"You know; some owner is going to do that. He's going to say, 'That guy that disrespects our flag, he's fired.' And that owner, they don't know it (but) they'll be the most popular person in this country."

The protests began last year when quarterback Colin Kaepernick refused to stand for the anthem to protest racial injustice and police brutality.

Several more players have since joined in, nearly all of them black.

Kaepernick, who was unable to land a job with a team this season, has attracted support from his peers but also some backlash.

The 29-year-old said he started his protests because he wanted to spark a nationwide debate.

Trump encouraged NFL fans to walk out of the stadium if they see players protesting during the pregame anthem.

"When people like yourselves turn on television and you see those people taking the knee when they're playing our great national anthem. The only thing you could do better is if you see it, even if it's one player, leave the stadium.

The NFL has been trying to cut down on the number of concussions which result from hits to the head and blows that snap the neck back and forth.

The issue was revisited this week with the revelation that former New England Patriots star Aaron Hernandez suffered from chronic traumatic encephalopathy (CTE), a degenerative brain disorder linked to blows to the head. Hernandez committed suicide in April while serving a life sentence in prison for murder.