US Interior Department watchdog investigating Zinke's use of chartered jets 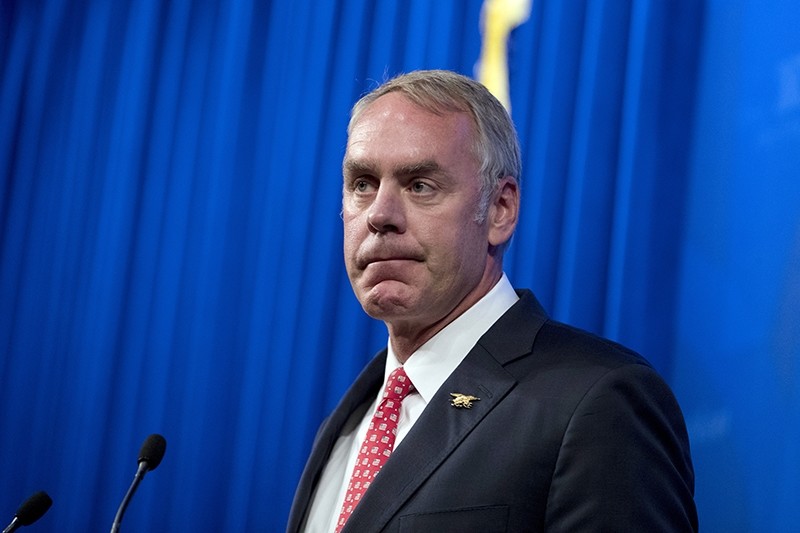 The Interior Department's watchdog agency has launched an investigation into Secretary Ryan Zinke's travels after reports emerged last week that he had used a private plane owned by an oil executive, the inspector general's office said on Monday.

The Inspector General (IG) opened an investigation on Friday after receiving numerous complaints on Thursday about Zinke's travels, including the use of three chartered flights, IG spokeswoman Nancy DiPaolo told Reuters.

One of those flights taken in June from Las Vegas to near Zinke's hometown in Montana was on a plane owned by oil and gas executives, costing taxpayers over $12,000, the Washington Post reported last week.

Reports of Zinke's use of private and military planes came amid heightened scrutiny into private plane use by Health and Human Services Secretary Tom Price, who resigned on Friday under pressure from President Donald Trump amid an uproar over his use of costly private charter planes for government business.

EPA Administrator Scott Pruitt and Treasury Secretary Steve Mnuchin have also come under scrutiny over reports of expenseive private plane use. White House budget director Mick Mulvaney on Friday advised federal officials against chartering aircraft or using government planes unless necessary, reminding them that it comes out of taxpayers' pockets.

Zinke denied any inappropriate travel in a speech at conservative think tank the Heritage Foundation on Friday and said his travels were approved by "career employees" of the Interior Department's ethics office.

He called reports about his recent use of chartered private flights "a little B.S."

Zinke flew with staff on the chartered plane to Kalispell, Montana, near his hometown of Whitefish, where he was due the next day to address the Western Governors' Association even as commercial flights were available.

Interior confirmed that Zinke flew two other chartered flights between the U.S. Virgin Islands. The Interior Department has jurisdiction over the Virgin Islands.