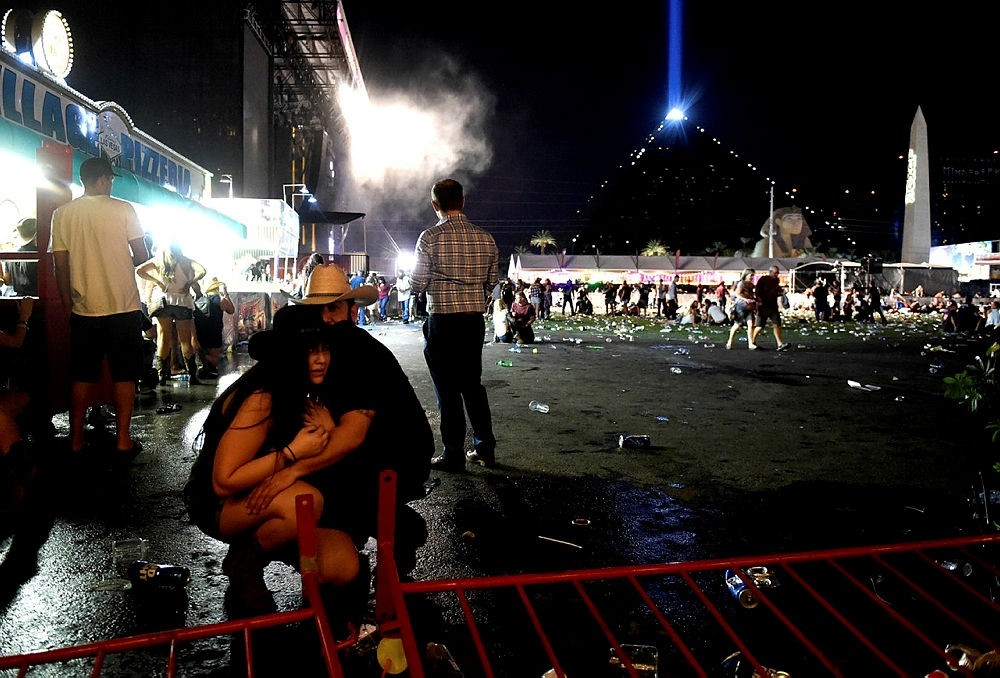 The White House said on Monday it was premature to discuss policies on gun control less than a day after a gunman killed at least 58 people and wounded more than 500 at a Las Vegas country music festival.

"Today is a day for consoling the survivors and mourning those we lost," White House spokeswoman Sarah Sanders told reporters at a news briefing. "It would be premature for us to discuss policy when we don't fully know all the facts or what took place last night."

A gunman on the 32nd floor of a Las Vegas hotel-casino rained heavy fire down on a crowd of over 22,000 at an outdoor country music festival, turning the expanse into a killing ground from which there was little escape. At least 58 people died.

The gunman, identified as Stephen Craig Paddock, a 64-year-old retiree from Mesquite, Nevada, had as many as 10 guns with him, including rifles, the officials said.

Sheriff Joseph Lombardo said a check of federal and state databases showed Paddock was not on law enforcement authorities' radar before the bloodbath.

Aaron Rouse, the FBI agent in charge in Las Vegas, said investigators saw no immediate evidence connecting the attack to an international terror organization, despite a claim of responsibility from Daesh.