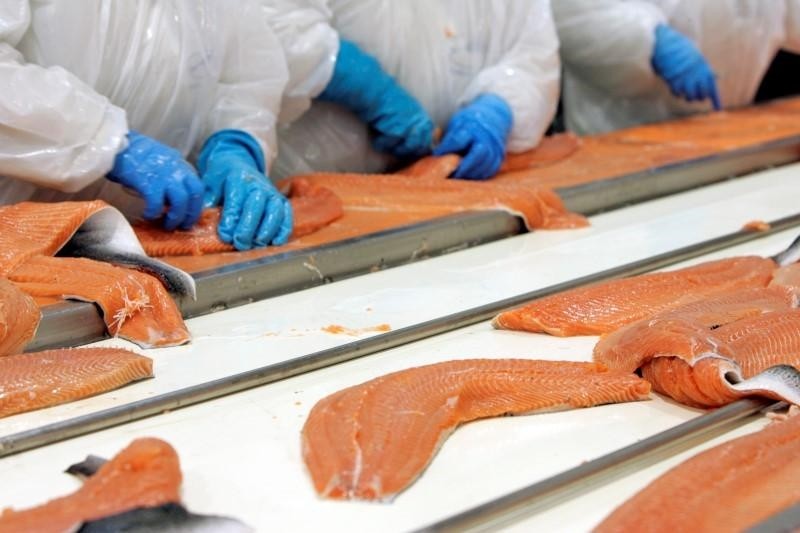 Americans buying seafood for dinner may inadvertently have subsidized the North Korean government as it builds its nuclear weapons program, an Associated Press investigation has found. Their purchases may also have supported forced labor.

At a time when North Korea is banned from selling almost anything, the country is sending tens of thousands of workers worldwide to bring in an estimated $200 million to $500 million a year. That could account for a sizable portion of North Korea's nuclear weapons and missile programs, which South Korea says have cost more than $1 billion.

In response to the investigation, Senate leaders said Wednesday that the U.S. needs to keep products made by North Koreans out and get China to refuse to hire North Korean workers.

"The (Trump) administration needs to ramp up the pressure on China to crack down on trade with North Korea across the board," said top Senate Democrat Chuck Schumer.

At Chinese factories, North Korean workers aren't allowed to leave their compounds without permission, and must step from housing to factories in pairs or groups, with North Korean minders. They receive a fraction of their salaries, while the rest — as much as 70 percent — is taken by the North Korean leader Kim Jong Un's government.

John Connelly, president of the National Fisheries Institute, urged its 300 members, including the largest seafood importers in the U.S., to "ensure that wages go to the workers, and are not siphoned off to support a dangerous dictator."

Besides seafood, AP found North Korean laborers making wood flooring and sewing garments in Chinese factories. Those industries also export to the U.S., but AP did not track specific shipments except for seafood.

American companies aren't allowed to import products made by North Korean workers anywhere in the world, and companies doing business with them could face criminal charges for using North Korean workers or materially benefiting from their work. (The AP employs a small number of support staff in its Pyongyang bureau under a waiver granted by the U.S. government to allow the flow of news and information.)

U.S. Customs and Border Protection, responsible for enforcing the law, did not respond to requests for comment.

"This is a state-sponsored scheme to export folks who are in bonded labor," said Luis CdeBaca, former U.S. ambassador for human trafficking issues. "It's supporting a repressive regime."

Western companies involved that responded to AP said forced labor and potential support for North Korea was unacceptable in their supply chains. They said they'd investigate, and some said they'd already cut off ties with suppliers.

Meanwhile, as many as 100,000 North Koreans continue to work in construction in the Gulf states, shipbuilding in Poland, logging in Russia and on fishing boats in Uruguay. New U.N. sanctions bar countries from expanding their North Korean workforce. Despite the pay and restrictions, the jobs abroad are highly coveted among North Koreans.

Roughly 3,000 North Koreans are believed to work in Hunchun, a Chinese industrial hub near the North Korean and Russian borders.

At some factories, laborers work hunched over tables as North Korean political slogans blasted from loudspeakers. When a reporter approached a group of North Koreans — women in tight, bright polyester clothes preparing a meal at a garment factory — one confirmed that she and some others were from Pyongyang, the North Korean capital. Then a minder arrived, ordering: "Don't talk to him!"

They're getting their seafood from China, Russia and the U.S.

Despite AP seeing North Korean workers, Hunchun Dongyang's manager Zhu Qizhen denied that they hire them and refused to give details. The other Chinese companies didn't comment.

Shipping records show more than 100 cargo containers of seafood were sent to the U.S. and Canada this year from the factories where North Koreans were working in China, including packages of snow crab, salmon fillets and squid rings.

One importer, The Fishin' Company in Munhall, Penn., said it cut ties with Hunchun processors and got its last shipment this summer. Seafood can remain in the supply chain for more than a year.

Often the fish arrives in generic packaging. But some were already branded in China with familiar names like Walmart or Sea Queen, which is sold exclusively at ALDI supermarkets. There's no way to say where a particular package ends up, nor what percentage of a factory's products wind up in the U.S.

Walmart spokeswoman Marilee McInnis said company officials banned their suppliers from getting seafood processed at a Hunchun plant a year ago after an audit revealed potential issues with migrant workers.

"Combatting forced labor is a complex problem that no one company, industry, or government can tackle alone," she said.

Some U.S. companies had indirect ties to North Korean laborers in Hunchun. Customs records indicate that Chicken of the Sea, owned by Thai Union, did business with sister companies of the Hunchun factories in another part of China. Thai Union said the sister company they do business with meets all of their fair labor standards, and should not be penalized just because they have the same owner.

Boxes at the factories also had markings from several major German supermarket chains and brands. REWE Group, which owns REWE markets and the Penny chain, said their contract has expired with Hunchun Dongyang. All the companies that responded said suppliers were forbidden to use forced labor. Shipments also went to two Canadian importers, Morgan Foods and Alliance Seafood, which did not respond to requests for comment about who processes their seafood in China.

As the late summer chill set in one evening, a dozen or so women from Hunchun Pagoda played volleyball in the quiet road in front of the compound's gate.

A train horn blew. The women shouted to one another. A car with a foreigner drove by. One laughingly called out: "Bye-bye!"