Venezuela's Maduro thanks Trump for making him 'famous' worldwide 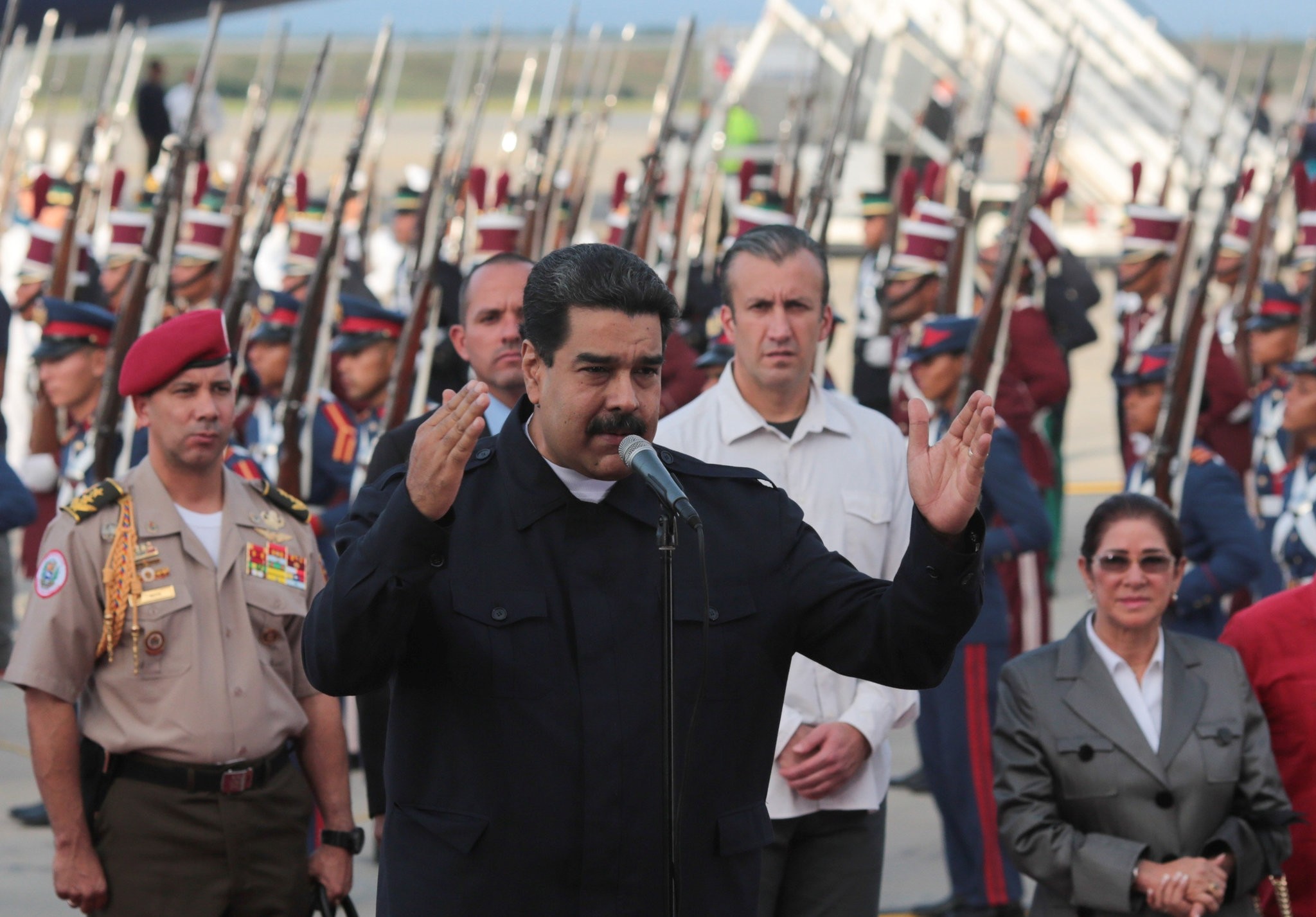 Venezuelan President Nicolas Maduro baited U.S. President Donald Trump on Sunday by thanking him for a barrage of criticism that had made him famous worldwide.

"It's an honor that the head of the empire mentions me every day," said the 54-year-old president, who is just back in Venezuela from a trip to Russia, Belarus and Turkey.

"That means I'm doing something right!" Maduro laughed, during his weekly program on state TV.

The U.S. government, saying Venezuela has become a corrupt and repressive dictatorship, has widened individual sanctions on top officials including Maduro and also prohibited new debt dealings with Caracas.

Businessman-turned-president Trump has repeatedly criticized Maduro and his Socialist Party in public and at meetings with other heads of state.

"Donald Trump has become the head of the Venezuelan opposition," said Maduro, who has ruled the OPEC member since 2013 but seen his popularity plummet during an economic crisis.

"He has made me famous around the world. Every time he mentions me, they love me more," Maduro added, saying he had been acclaimed by people abroad on his visit to nations who have all had frayed relations with Washington.

Maduro said he had a one-and-half hour meeting with Russian President Vladimir Putin where, among other subjects, he discussed the possibility of trading Venezuelan oil in rubles because of the U.S. financial sanctions.

"A whole new world is opening up for Venezuela thanks to Trump's sanctions," said Maduro, who has also said he hopes to move Venezuela's commercial transactions to euros, yen and rupees.