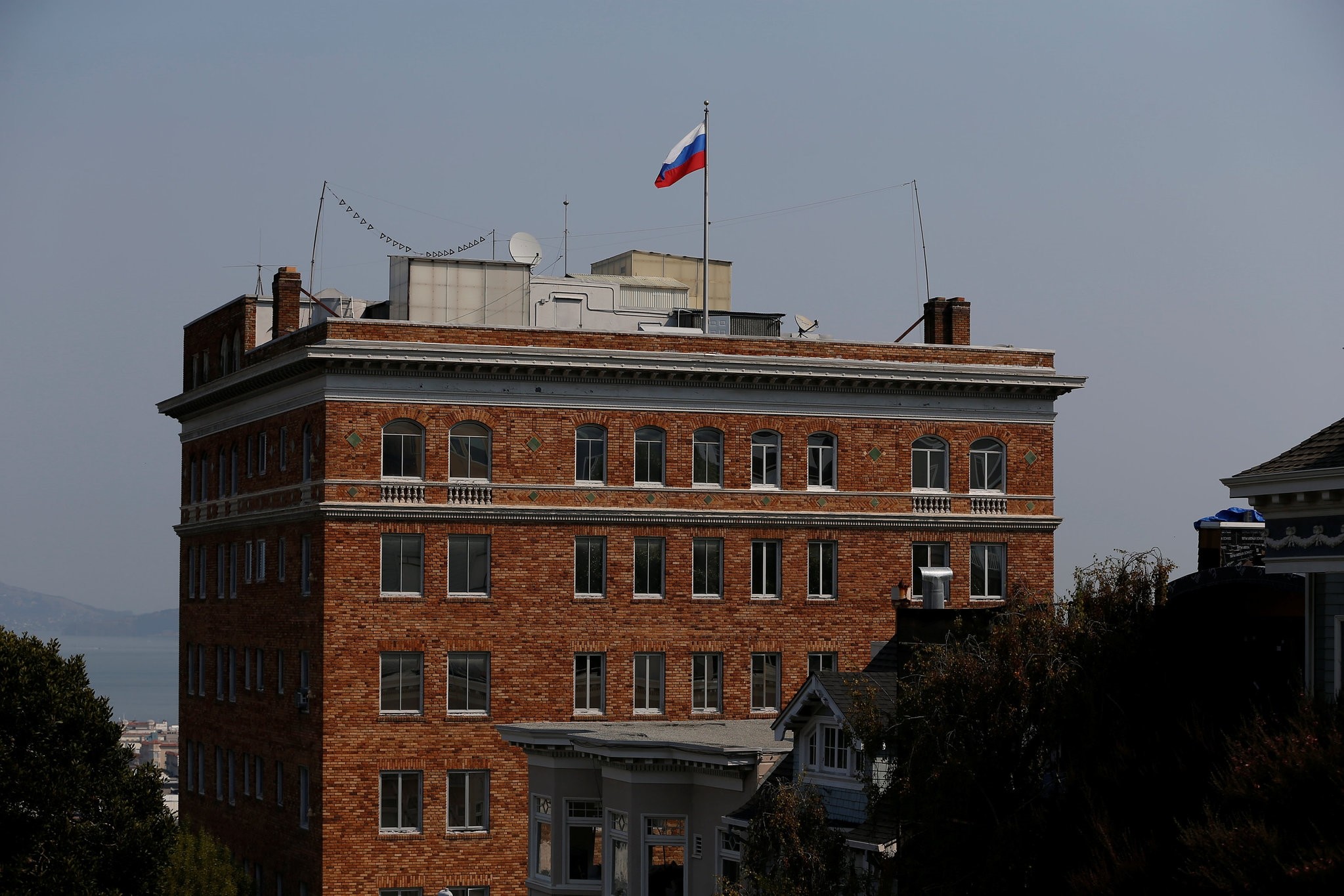 Russia protested to the United States on Wednesday after it said Russian flags were stolen from its consulate in San Francisco, a charge that Washington immediately disputed.

Russian staff left the consulate last month after Washington ordered Moscow to vacate some of its diplomatic properties, part of a series of tit-for-tat actions as relations sour between the two countries.

U.S. officials have since occupied administrative parts of the compound. Russia said last week they had broken into residential areas and it threatened retaliation over what it called an illegal act.

"The latest shameful event. In San Francisco (Russian) flags have been stolen from the building of @ConsulRussiaSF," the Russian embassy to the United States said on its Russian-language Twitter account.

"We demand the American authorities return our state symbols," it said alongside pictures of a bare flagpole on top of the consulate building.

The U.S. State Department offered a different account of events.

"The flags at the former Russian consular properties in San Francisco were respectfully lowered and are safely stored within each of the buildings," a State Department official said in an email.

The Russian embassy in Washington was not immediately available for comment.

Russian news agencies cited the Russian embassy as saying it had lodged a formal protest over the incident.

"A strong protest was sent to the American side in relation to Russian flags being torn down at our diplomatic properties in San Francisco, which are under the control of U.S. authorities," Interfax news agency quoted the embassy as saying in a statement.

"We consider this as an extremely unfriendly step," the embassy said.