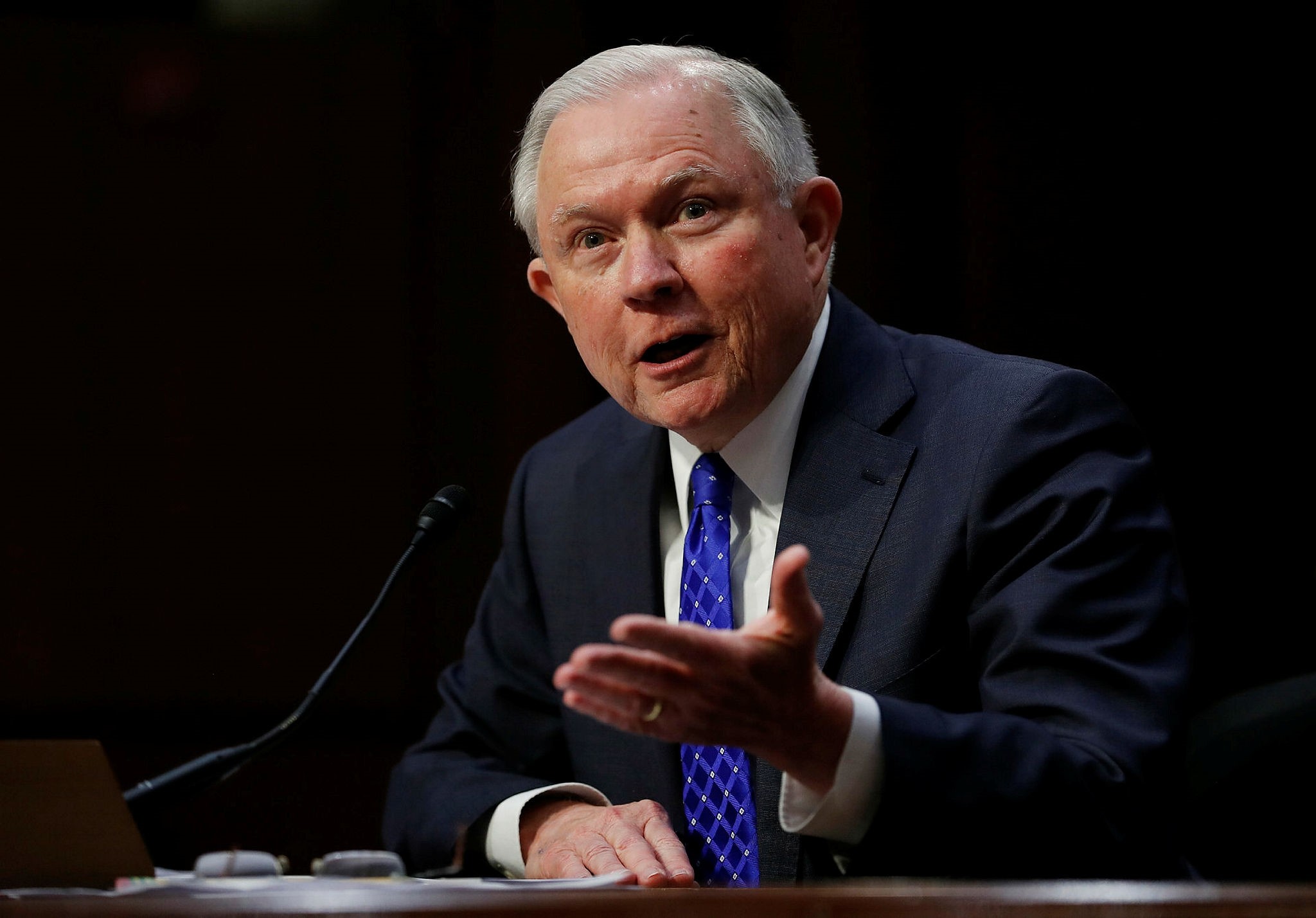 U.S. Attorney General Jeff Sessions on Wednesday defended President Donald Trump's decision to fire FBI Director James Comey and denied that he met any Russian official before the last year's election as he appeared before a Senate panel.

"I don't think it's been fully understood, the significance of the error that Mr. Comey made on the Clinton matter," Sessions said before the Senate Judiciary Committee, linking the FBI director's abrupt dismissal to his handling of an investigation into Hillary Clinton's use of a private email server while she was secretary of state.

Under questioning from the panel, Democratic Sen. Dianne Feinstein asked Sessions what his role was in the firing of Comey last May.

Sessions said he had "never heard of an investigator" declaring the closing of an investigation as Comey did and that he was particularly concerned that Comey said he would do it again.

"He (Comey) was testifying before Congress, and he said he thought he did the right thing and would do it again…Deputy Attorney General (Rod) Rosenstein, who's got, what, 27 years in the Department of Justice -- Harvard graduate, served for eight years as U.S. attorney under President Obama, and four years under President Bush -- he said that was a usurpation of the position of the Department of Justice, the Attorney General's position." Sessions continued. "So I think that was a basis that called for a fresh start at the FBI."

Sessions also refused to discuss any private conversations he had with Trump related to Comey's firing and also did not say if he discussed with the president an FBI investigation into potential coordination between Russia and the Trump campaign.

"It's an important matter, but, consistent with the long-standing policy and practice of the executive branch, I can neither assert executive privilege, nor can I disclose today the content of my confidential conversations with the president," he added.

In response to a question whether he had conversations with then-Russian Ambassador Sergey Kislyak during last year's presidential campaign, Sessions said he did not recall any discussions about the Trump campaign during his meetings with Kislyak and denied meeting with any Russian officials to discuss coordination between the campaign and Russia.