Number of diplomats affected by mysterious Cuba attacks rises to 24 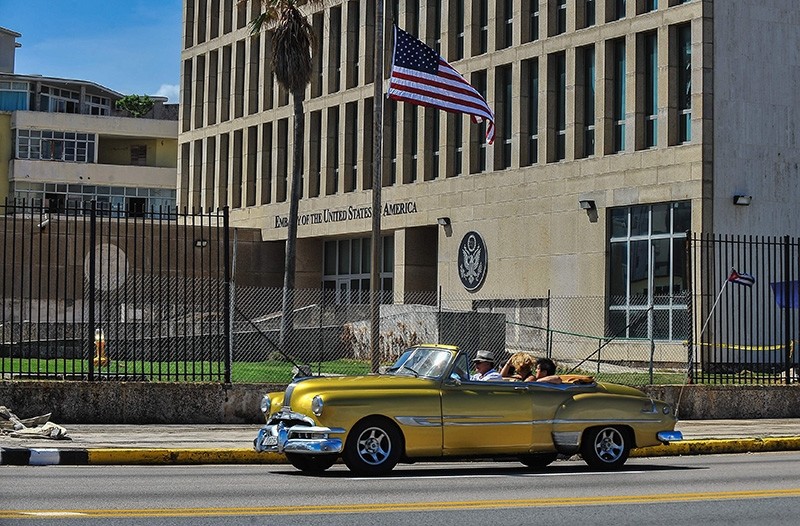 The United States Friday raised the number of embassy officials affected by mysterious covert attacks in Cuba to 24 but said the update did not reflect new attacks.

"Based on continued assessments of U.S. Government personnel, we can confirm 24 persons have experienced health effects from the attacks," State Department spokeswoman Heather Nauert said.

"We can't rule out additional new cases," she added.

Nauert said the most recent attack is still believed to have been near the end of August. A U.S. official told The Associated Press previously that attack occurred Aug. 21. The official wasn't authorized to disclose the exact date and requested anonymity.

The U.S. has not directly blamed Cuba for the attacks -- but has emphasized its responsibility to ensure the safety of foreign diplomats in its territory.

The Americans also suggest the attacks were carried out using a covert acoustic device.

The most recent attack was at the end of August, according to the State Department. But Cuban Chancellor Bruno Rodriguez maintained Cuba had found no evidence they had happened early this month.

A few Canadians were also affected by the attacks, which caused a variety of physical symptoms. The U.S. has said that vestibular, cognitive, vision and other problems have been reported by the victims, with some experiencing memory and balance issues, headaches and ringing in the ears. The union that represents American diplomats has said some have been diagnosed with permanent hearing loss and mild traumatic brain injury, known as concussions.

Some of the cases involved mysterious, blaring sounds that led to investigators to consider whether a sonic weapon was involved.

In response, the U.S. withdrew more than half the personnel from the U.S. embassy in Cuba and ordered the expulsion of 15 Cuban diplomats in the United States.