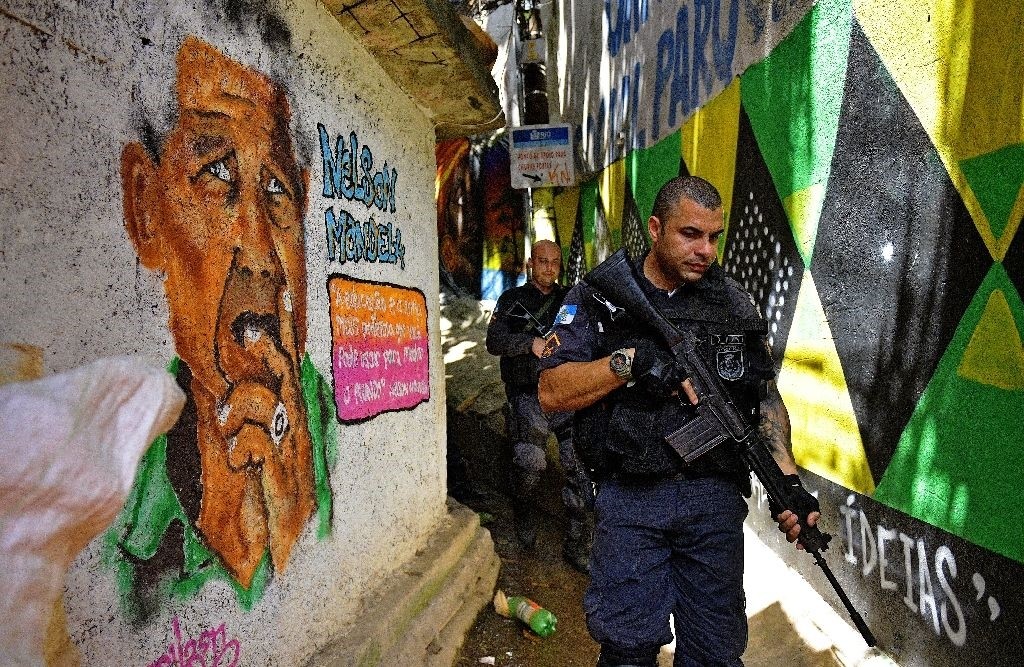 Brazilian police like these on patrol in September have had trouble controlling crime in Rio de Janeiro's vast Rocinha favela. (AFP Photo)
by Oct 23, 2017 12:00 am

Police in Rio de Janeiro said Monday they accidentally shot dead a Spanish tourist who was visiting a violent favela slum where earlier two officers had been wounded.

A car "broke through a police blockade" in the Rocinha favela, police said in a statement, and officers who did not know there was a tourist aboard opened fire.

"During a check, the vehicle was found to be for the transport of tourists. One Spanish woman who was wounded was taken to the Miguel Couto hospital but died of her wounds," the statement said.

The incident occurred an hour after police from an elite unit fought with narcotics gang members in two locations in Rocinha, a giant favela that has long been almost out of control of the authorities.

In the clashes, two police were hospitalized with wounds, along with a suspected gang member, police said. A Glock pistol was confiscated.

Hundreds of heavily armed soldiers have been deployed to help police in crackdowns on Rocinha in September and October after rival drug gangs battled each other with automatic weapons in the densely populated neighborhood.

Violence is common in favelas, where around a quarter of Rio's population of 6.5 million live. Drug gangs control much of the territory and police are forced to remain on permanent alert, leaving large areas in the hands of local gunmen.

Tourists are routinely warned to keep away from favela neighborhoods, with few exceptions.

G1 news site identified the slain tourist as Maria Esperanza Ruiz Jimenes, 67. This could not be immediately verified.

The Spanish embassy in Brasilia told AFP that it was in contact with the authorities over the incident.