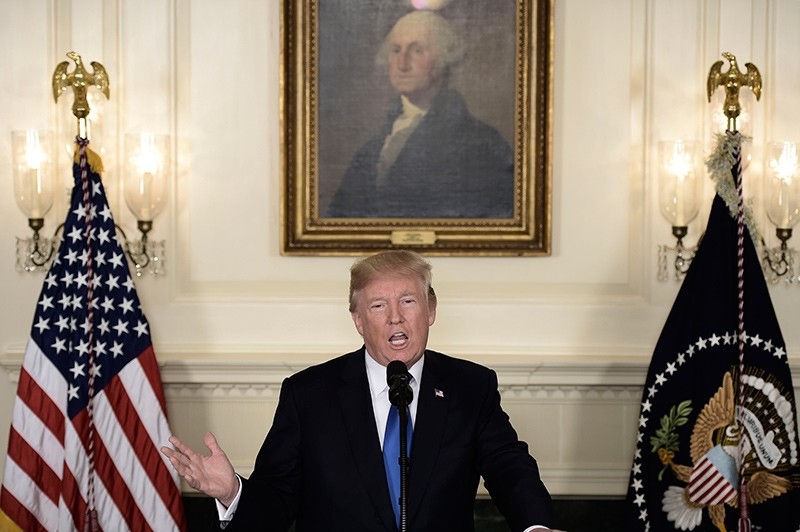 U.S. President Donald Trump said in an interview aired Sunday he does not object to France and Germany continuing trade with Iran, despite his refusal to certify the Iran nuclear deal.

"I told them just keep making money," the real estate mogul-turned-president told the Fox News program Sunday Morning Futures. "Don't worry. We don't need you on this one."

"They are friends of mine. They really are. I get along with all of them. Whether it's Emmanuel or Angela," Trump said, referring to French President Emmanuel Macron and the German Chancellor Angela Merkel.

"I don't know what's going to happen with that deal," Trump said of the landmark 2015 accord, which on October 13 he refused to certify, leaving the pact's fate to U.S. Congress.

"When they buy those things, it is a little harder," Trump said of French and German commercial dealings with Iran.

But speaking to journalists on a diplomatic visit to Riyadh, U.S. Secretary of State Rex Tillerson said the U.S. is "hoping" European companies and countries "will join the U.S. as we put in place a sanction structure."

"Those who conduct business with Iranian Revolutionary Guards, any of their entities -- European companies or other companies around the globe -- really do so at great risk."

Tillerson had told the Wall Street Journal Friday the Trump administration does not intend to disrupt European commerce with Iran.

The European Union has meanwhile expressed determination to preserve the Iran deal, with several leaders considering it essential to convincing North Korea to come to the negotiating table over its own nuclear program.

Tillerson meanwhile was seeking to curb Tehran's influence in talks with his country's Gulf allies, demanding that Iran pare down its involvement in Iraq as the fight against the Daesh terrorist group draws to a close.