'Trump is treason': Protester throws Russian flags at US president 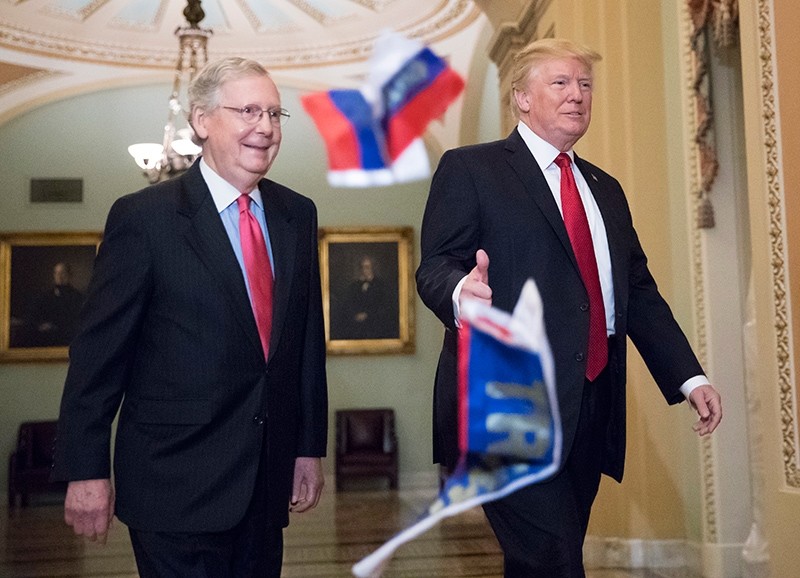 When U.S. President Donald Trump arrived at the Capitol on Tuesday, Majority Leader Mitch McConnell accompanied him into the GOP lunch, and both men smiled on while ignoring all the shouted questions about Republican Sen. Bob Corker's comments, Trump's latest opponent on Twitter.

Suddenly, a protester emerged from the press scrum, loudly screaming "Trump is treason!" and started to throw a handful of Russian flags with Trump's name on them in the direction of the president.

Trump and McConnell kept walking as security officials removed the protester, who identified himself to reporters as Ryan Clayton of Americans Take Action.

Trump and his former campaign staff and later administration have been under enormous pressure since the 2016 election win as they are suspected of colluding with Russia.

Both Trump and Russia have denied any collusion as a special counsel appointed by the U.S. Justice Department and congressional committees continues to look into the matter.