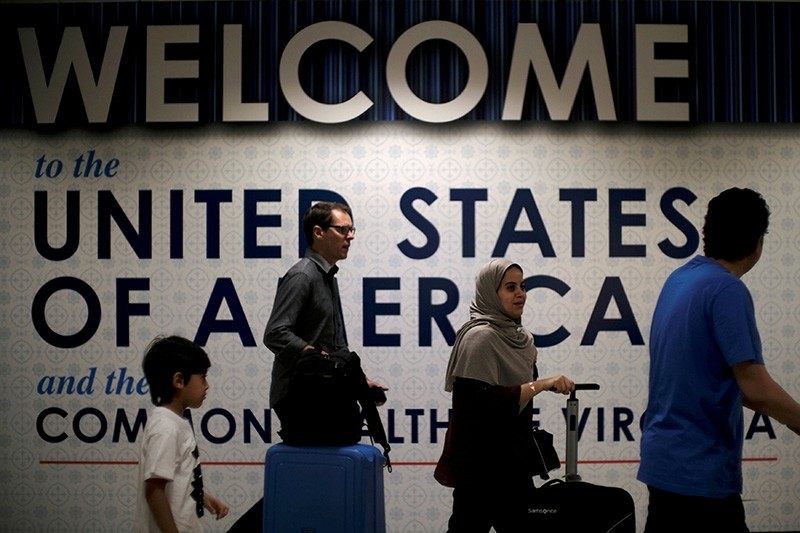 The U.S. Supreme Court on Tuesday formally dropped plans to hear the last remaining challenge to an earlier version of President Donald Trump's travel ban targeting several Muslim-majority countries and a ban on refugees, but a fight over the legality of his latest restrictions still could reach the nine justices.

The high court said it will not hear the case brought by Hawaii over the bans, which have expired and been replaced with revised policies. Trump's 120-day ban on refugees ended on Tuesday and is set to be replaced by a new set of restrictions.

Two lower courts have blocked Trump's new ban targeting people from eight countries, Trump's third set of travel restrictions, and the issue could find its way back to the Supreme Court on appeal.

The court on Oct. 10 disposed of the first of two travel ban cases -- brought by the American Civil Liberties Union and others in Maryland -- after Trump's earlier 90-day ban on people entering the U.S. from six predominantly Muslim countries expired on Sept. 24. It was a replaced with a modified, open-ended ban involving eight countries.

The justices had been scheduled to hear arguments in the two consolidated on Oct. 10.

Among the issues raised by challengers was whether the travel ban discriminated against Muslims in violation of the U.S. Constitution's prohibition on the government favoring or disfavoring a particular religion. The same arguments are being used against the new ban.

Trump has said the restrictions were needed to prevent terrorism in the United States.

The expired ban had targeted people from Iran, Libya, Syria, Yemen, Somalia and Sudan. The new ban removed Sudan from the list and blocked people from Chad and North Korea and certain government officials from Venezuela from entering the United States.

If the new restrictions go into effect, they could block tens of thousands of potential immigrants and visitors to the United States. Trump had promised as a candidate "a total and complete shutdown of Muslims entering the United States."