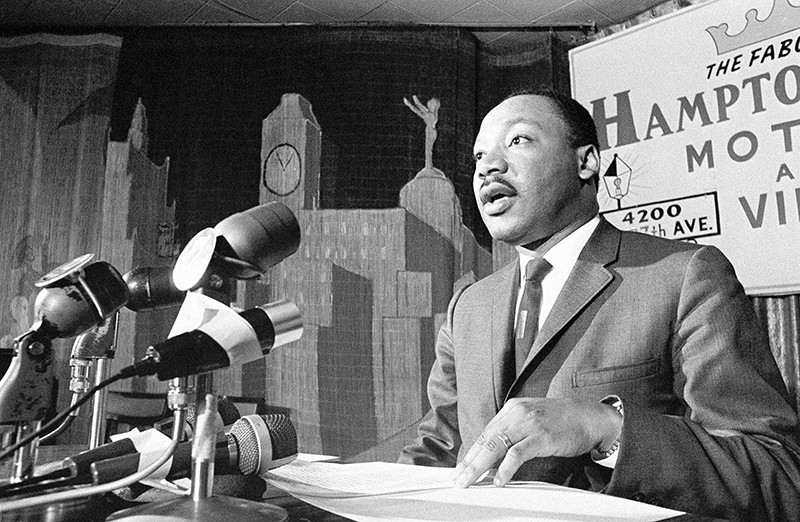 One section alleges that King was attracted to former members of the Communist Party in America. It notes that two previous aides were party members and eight others, who helped shape King's organization in its early stages, had communist affiliations.

The analysis said that in the early 1960s, the Communist Party was trying to get a black labor coalition to further its goals in the United States. It referenced a May 1961 issue of a communist newspaper that stated, "Communists will do their utmost to strengthen and unite the Negro movement and ring it to the backing of the working people."

The FBI said King and his organization were "made-to-order" to achieve these objectives.

The FBI's surveillance of King is well-known and the analysis includes several pages about his sexual life. One document said a black minister who attended a workshop to train ministers in February 1968 in Miami "expressed his disgust with the behind-the-scene drinking, fornication and homosexuality that went on at the conference."

"Throughout the ensuing years and until this date, King has continued to carry on his sexual aberrations secretly while holding himself out to public view as a moral leader of religious conviction," the FBI report said.