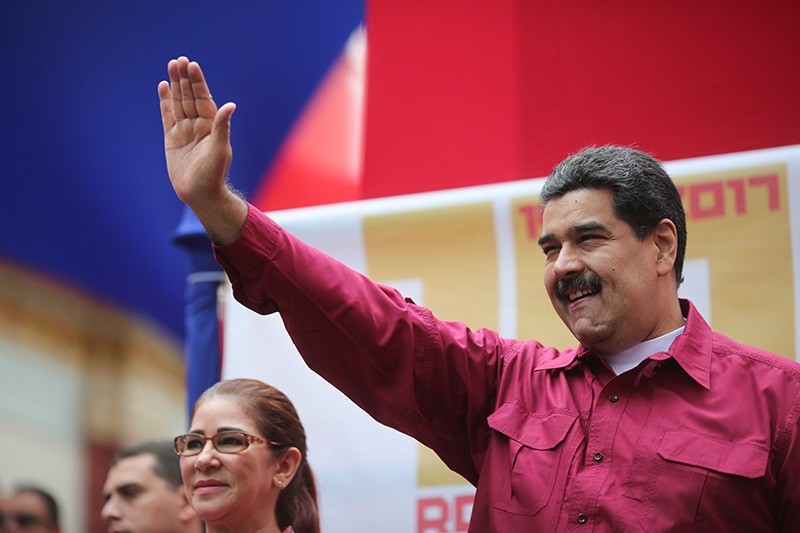 The European Union is set to impose an arms embargo on Venezuela and will consider further sanctions in response to the political crisis in the South American country, two EU diplomats said.

The measures will bring the EU more into line with the United States, which imposed sanctions earlier this year, and they signal a change of tone in Brussels, which had previously resisted taking a tougher approach toward Caracas.

"The steps were approved today, paving the way for approval [by the bloc's foreign ministers] next Monday," an EU diplomat said, adding that the ministers' backing was a formality.

Spain has long pushed for sanctions on those close to President Nicolas Maduro, whom Washington accuses of installing a dictatorship, but the EU has been divided over whom to target, while Britain is a significant arms supplier to Venezuela.

Diplomats said the turning point for EU governments was regional elections that appeared to favor Maduro's ruling Socialists last month. Polls had suggested the opposition would easily win a majority but in the end it won only a handful of governorships, according to the pro-government electoral board.

However, the decisions taken by EU ambassadors at a meeting Wednesday only prepare the legal basis for sanctions, without any names. Travel bans and asset freezes would only be imposed on Venezuelan officials "should the evolution of the situation require it," a second EU diplomat said.

Once approved, the arms embargo will be accompanied by a ban on exports of equipment that could be used for internal repression and of surveillance equipment, the diplomats said.