Former US President Obama reports for jury selection in Chicago 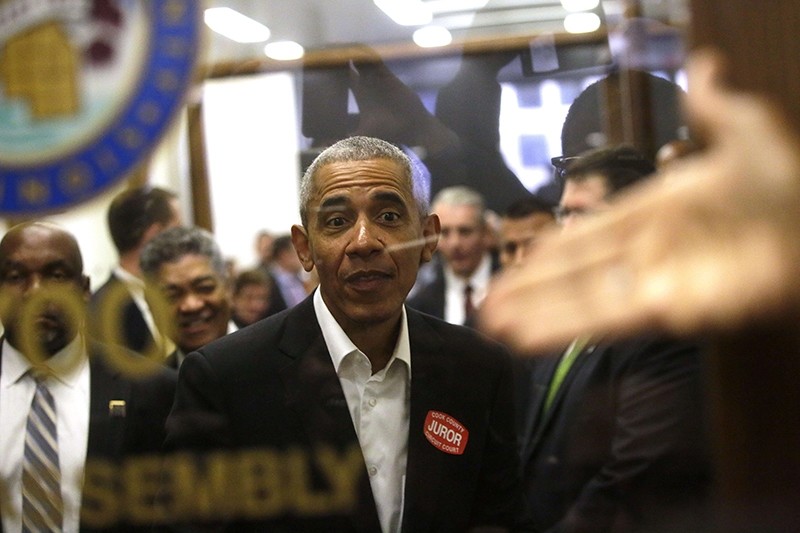 Obama arrived at the justice center in Chicago by motorcade, according to several U.S. media reports that showed him entering the building and being greeted by people at the courthouse.

Theoretically, every U.S. citizen over the age of 18 could be called for jury duty. The former president, 56, lives in Washington but maintains a home in Chicago, which is why his name came up for jury duty there.

A jury duty summons is usually sent in the post and requires the recipient to report on the designated day or face consequences such as a fine. The first step of the process usually narrows the pool by disqualifying people who might not be able to serve the entire length of a trial or who might have other schedule limitations.

The actual selection process typically includes interviews by lawyers for both sides in order to exclude people who might be biased.

With a degree from Harvard Law School and experience teaching law, not to mention eight years as president, it's safe to assume that Obama has the necessary experience.

But most lawyers reject well-known people on juries out of concern that they create a distraction.

Obama is not the first former president to be called for jury duty. George W Bush was summoned in his home state of Texas in 2015. He was not selected. The presiding judge said it was not because of his fame, but because a jury had already been seated.