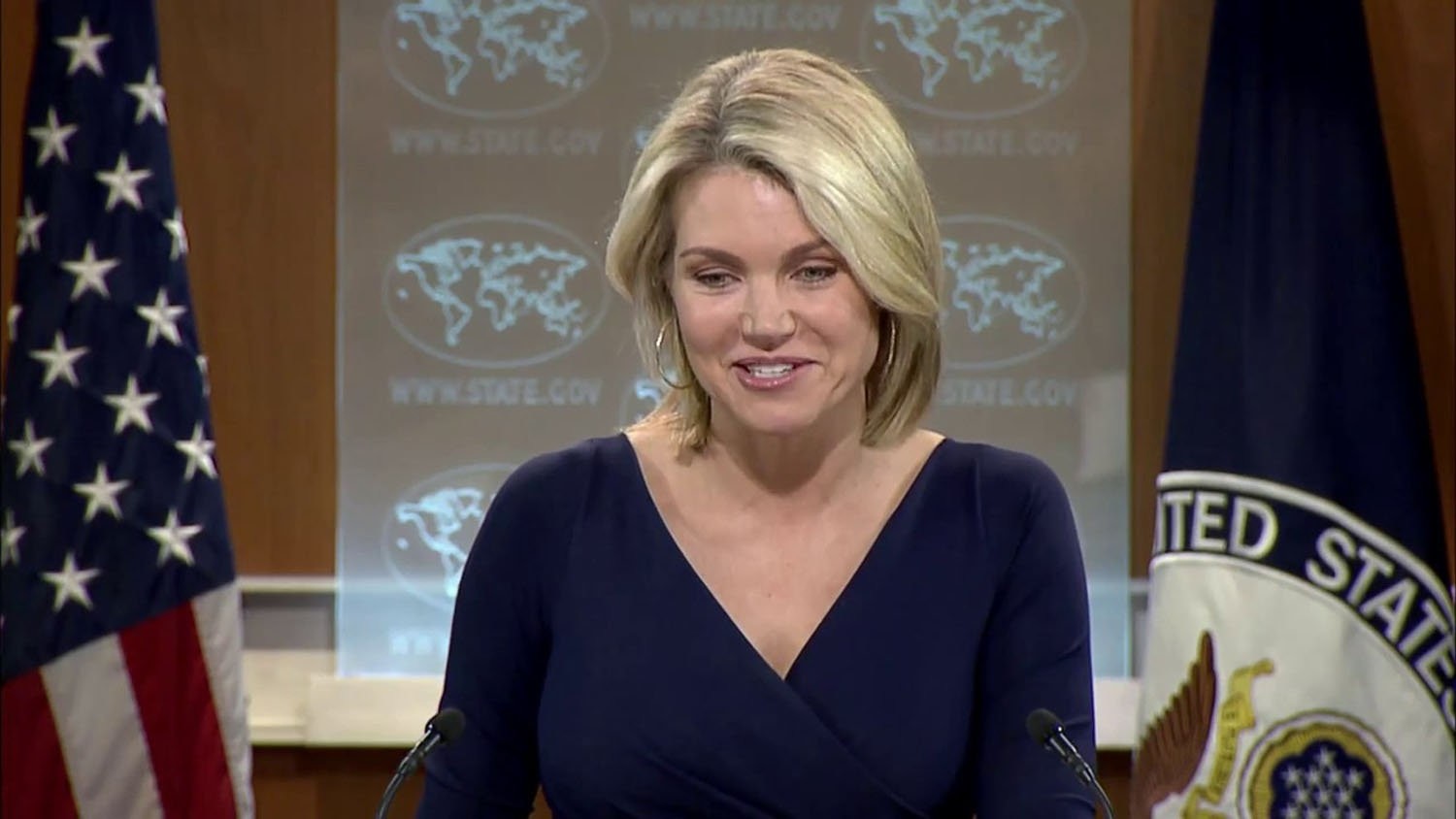 The United States mocked Syria's arrival in the Paris Agreement on climate change Tuesday, side-stepping the charge that it has isolated itself by being the world's sole hold-out.

Assad regime representatives had earlier told the U.N. climate talks in Bonn that it will become the 197th country to join the accord, making President Donald Trump's government the only one planning to pull out.

"I find it ironic that the government of Syria, OK, would say that it wants to be involved, and that it cares so much about climate and things like CO2 gas," she told reporters.

"If Syria cared so much about what was put in the air, then it wouldn't be gassing its own people," she said, referring to the Damascus regime's brutal civil war tactics.

Nauert said that the department's under secretary for political affairs, Tom Shannon, would lead a U.S. delegation to the Bonn talks next week but that Trump's decision would stand.

"We intend to withdraw from the Paris Agreement as soon as we're eligible to do so," she said.

Pressed on whether Washington had chosen to isolate itself globally, Nauert continued: "The president has said that he is going to assess the situation.

"If we can get a more favorable deal for American businesses, American workers and taxpayers, then we will look at that. But we continue to go forward with the plan of pulling out."

Signed in the French capital in December 2015, the treaty entered into force on November 4, 2016.

No country can formally submit their intent to withdraw until three years after the date of entry into force.

It will then take one year to fully withdraw, meaning the earliest the United States could quit is the day after the 2020 US presidential election.