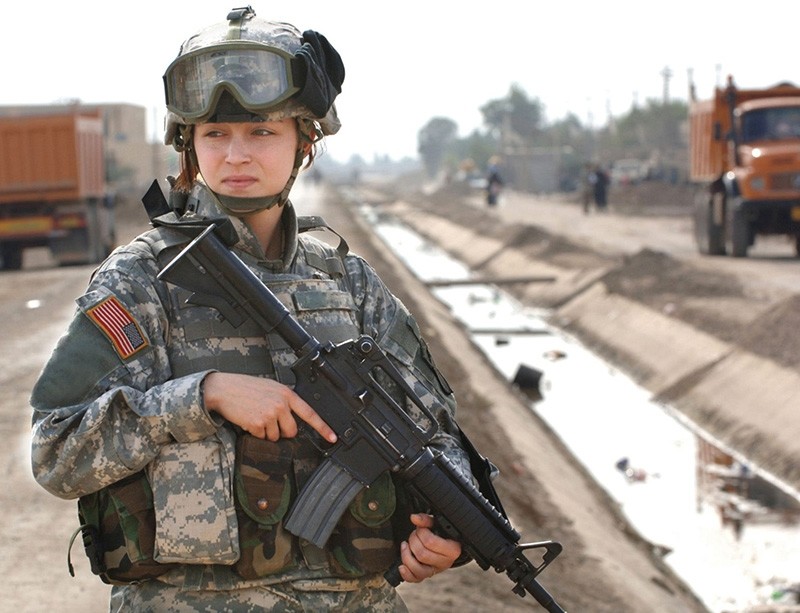 The United States Army will now provide waivers to some with a history of mental illness seeking to join its ranks in an effort to boost recruitment, according to documents acquired by USA Today newspaper.

According to the USA Today's report, people with a history of bipolar disorder, self-harm, depression, and drug and alcohol abuse are included in an unannounced waiver policy enacted in August.

The decision comes as the Army faces a steep 80,000-soldier recruitment goal through September 2018. The Army already lowered entry requirements to meet last year's goal, accepting recruits with poor scores on aptitude tests and issuing hundreds of marijuana-use waivers. The Army also dished out hundreds of millions of dollars in bonuses to incentivize enrollment.

Mental health waivers were banned in 2009 to stem a surge of military suicides. The Army says re-opening the waiver process has been made feasible by increased access to potential recruits' medical information, according to Army spokesperson Lt. Col. Randy Taylor.

But allowing recruits with mental health conditions to join comes with big risks, as the chance of conditions resurfacing even among those taking prescribed medications is high.

Some conditions are riskier than others. For example, self-mutilation, the condition of cutting one's own skin with sharp objects, can indicate deeper mental health issues not yet controlled by medication, according to the American Psychiatric Association.

Mental illness behaviors can also disrupt the functioning of units and affect other soldiers.

The Army has a poor history with soldiers who have been accepted under the standard bar of entry requirements. One example occurred in 2006, when a U.S. soldier who was accepted after a criminal activity waiver raped an Iraqi girl and killed her family.

To avoid repeats of past failures, the Army has laid out extensive requirements a potential recruit must fulfill, including "appropriate documentation" of the mental health condition, a series of memos obtained by USA Today disclosed. Applicants with self-harm histories are required to provide a detailed statement of the condition, medical records, previous employer references as to self-harm on the job and a psychiatric evaluation.

"For all waivers, the burden of proof is on the applicant to provide a clear and meritorious case for why a waiver should be considered," one Army memo stated.

Taylor justified the new policy by referencing "meritorious cases" that had been disqualified due to events that had taken place when they were children.

"With the additional data available, Army officials can now consider applicants as a whole person, allowing a series of Army leaders and medical professionals to review the case fully to assess the applicant's physical limitations or medical conditions and their possible impact upon the applicant's ability to complete training and finish an Army career," said Taylor.

The Army has not disclosed how many waivers have been issued since the policy was enacted.

Mental health in the military has long been a point of contention, particularly for the Army, which for years has experienced more mental illness diagnoses than any other branch, according to Pentagon reports.

Following the U.S. invasion of Iraq in 2003, dozens of U.S. Army soldiers carried out abuse, torture and rape on inmates at the Abu Ghraib prison, including Reserve Soldier Lynndie Rana England, who had been diagnosed with a mental health disorder before joining the Army.

The most recent U.S. mass shooter Devin Kelley, who killed more than two dozen people at a small Texas church, had been diagnosed with mental illness during his time serving in the Air Force, and escaped from a mental health facility after being caught sneaking guns on to his base to kill his superiors.

Kelley followed eight other U.S. veterans to carry out shooting sprees since 2009, each case tied to inadequately-addressed mental health issues.

In the same period, waivers for marijuana use more than doubled, jumping from 191 to 506.

The Army has had trouble recruiting during strong economic times, contributing to a recent decline in enrollment. While in 2014, the Army paid $8.2 million in bonuses, the number skyrocketed to $424 in 2017.