$70,000 raised for woman fired after giving Trump the finger 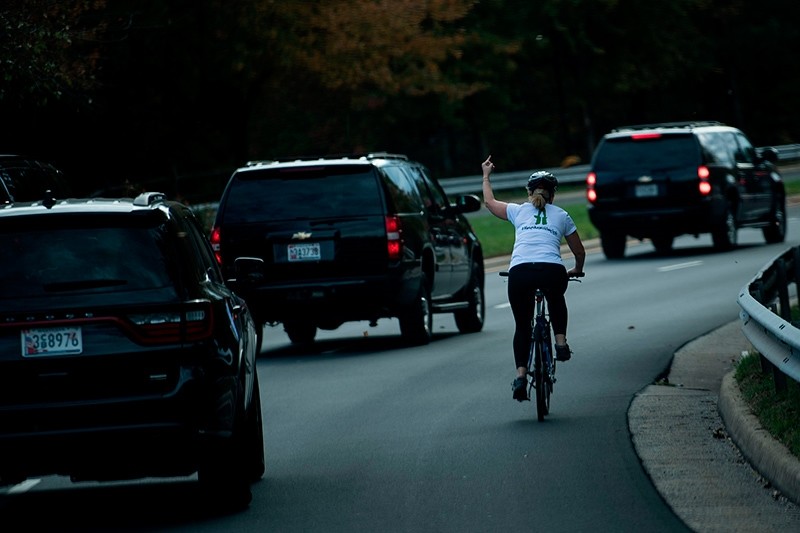 This file photo taken on October 28, 2017 shows a woman on a bike gestures with her middle finger as a motorcade with U.S. President Donald Trump departs Trump National Golf Course in Sterling, Va. (AFP Photo)
by Compiled from Wire Services Nov 14, 2017 12:00 am

More than $70,000 in donations have poured into a crowdfunding site set up for the cyclist who was fired from her job for making a rude gesture to U.S. President Donald Trump's motorcade.

Briskman extended her middle finger at Trump's motorcade as she cycled past it. Her act of rebellion was captured by a photographer traveling with Trump as the president left his golf course in Sterling, Virginia on Oct. 28. The image immediately went viral.

"He was passing by and my blood just started to boil ... only one third of Puerto Rico has power. I'm thinking, he's at the damn golf course again," Briskman told the Huffington Post.

"Thank you Juli Briskman," wrote Rob Mello, who set up the GoFundMe account, calling her "an inspiration to us all."

All the money raised goes directly to Briskman, he says on the site.