Hate crimes increase second year in a row in US, FBI report says 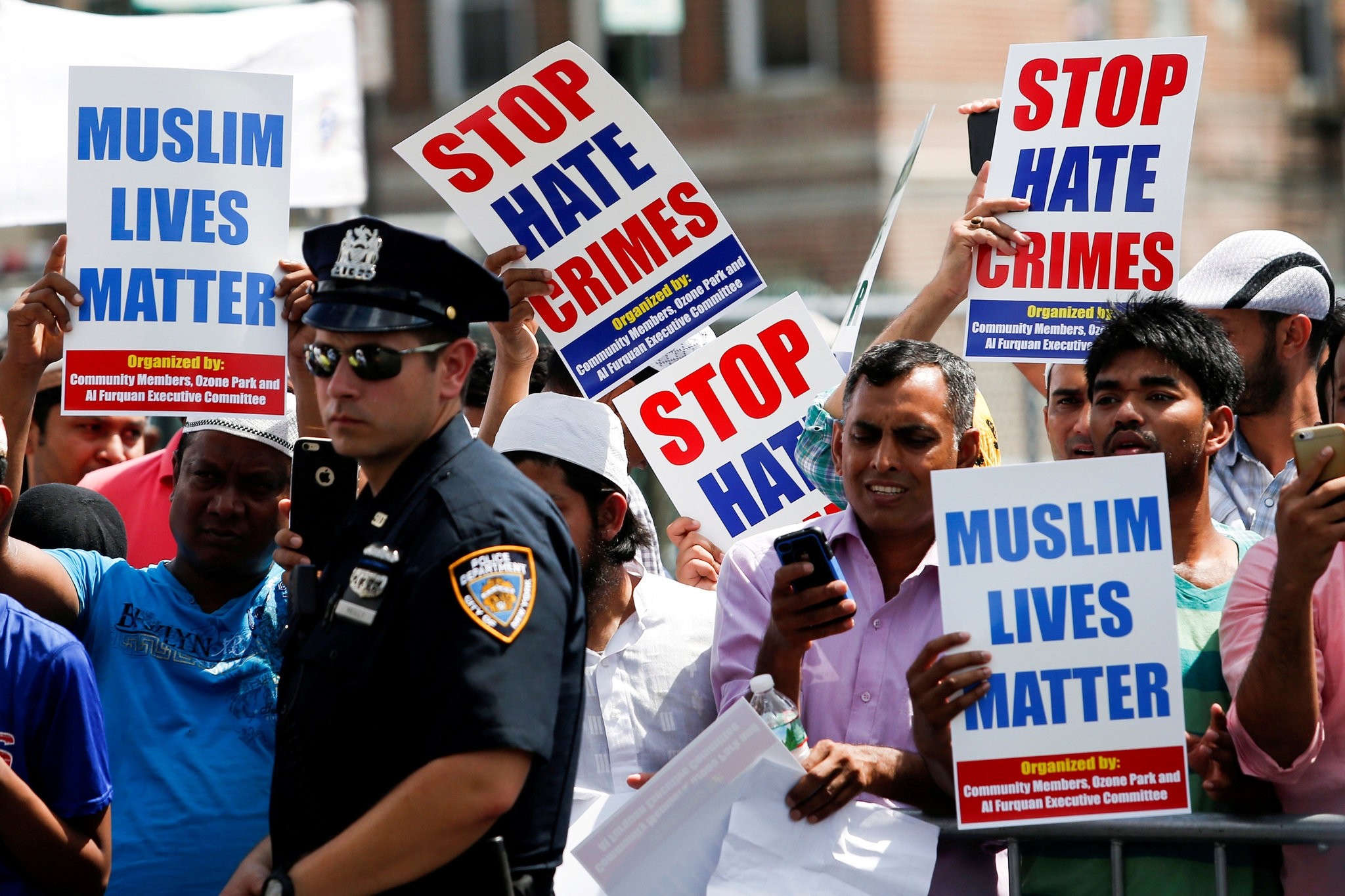 Community members take part in a protest to demand stop hate crime during the funeral service of Imam Maulama Akonjee in of New York City, August 15, 2016. (REUTERS Photo)
by daily sabah
Nov 14, 2017 12:00 am

The hate crimes based on race and ethnicity made up 3,489 of the crimes, up from 3,310 a year earlier, the FBI report said. Half of them were motivated by racism against black people, the report said.

The report showed a rise in crimes motivated by hatred of a religion, and a majority were against Jews and Muslims. Anti-Semitism was the cause motivating about 55 percent of the crimes, followed by anti-Muslim sentiment, which motivated about 25 percent.

The Council on American-Islamic Relations (CAIR), the nation's largest Muslim civil rights and advocacy group, said in a statement that the new FBI hate crime report shows the need for all Americans to stand up to increasing bigotry nationwide.

"We have all witnessed the anger and prejudice that characterized last year's election season, and that is growing nationwide in the current political environment," said Corey Saylor, director of CAIR's National Department to Monitor and Combat Islamophobia.

"To reverse this disturbing trend toward increased hatred and societal division, we must stand up to bigotry and the targeting of minority groups," he added.

The Southern Poverty Law Center said earlier this year that it found "a dramatic jump in hate violence and incidents of harassment and intimidation around the country" in the wake of President Donald Trump's Nov. 8, 2016 electoral win.