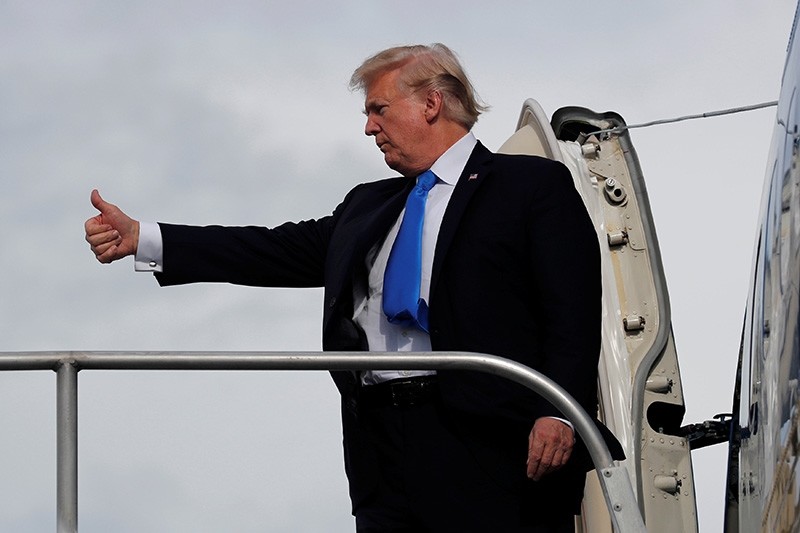 A U.S. Senate committee on Tuesday held the first congressional hearing in more than four decades on the president's authority to launch a nuclear strike, amid concern that tensions over North Korea's weapons program could lead to war.

Corker acknowledged that senators, including Democrats and Trump's fellow Republicans, have raised questions about Trump's authority to wage war, use nuclear weapons and enter into or end international agreements.

Trump has traded insults and threats with North Korean Leader Kim Jong Un and used expressions like "fire and fury" to hint that any use of lethal force against North Korea would be overwhelming. On Sunday, he again insulted Kim by calling him "short and fat."

Corker himself warned last month that Trump might be putting the United States "on the path to World War Three."

But on Tuesday Corker said the hearing was not intended to target Trump. "This is not specific to anybody," he said.

Democrats made clear they were concerned about Trump.

"We are concerned that the president of the United States is so unstable, is so volatile, has a decision-making process that is so quixotic, that he might order a nuclear weapons strike that is wildly out of step with U.S. national security interests," Senator Chris Murphy said.

During the hearing, retired General Robert Kehler, former commander of U.S. Strategic Command, said the military can refuse to follow what it considers an illegal order, even a nuclear one. But it was not clear after questions from committee members how that process would work.

Some senators want legislation to alter the president's nuclear authority. Corker said he did not now support that idea.

"I do not see a legislative solution today, but that doesn't mean that over the course of the next several months one might develop," he told reporters after the hearing.

Some senators seemed to bristle about the hearing's tone, warning against comments depicting Trump as unable to strongly retaliate for any attack.

"Every single word that has been uttered this morning at this hearing is going to be analyzed in Pyongyang," said Republican Senator Jim Risch, who is in line to become chairman after Corker retires next year.